Looking for some games like Fall Guys? Fall Guys is surely the brightest, bounciest battle royale game we’ve ever failed repeatedly at – although we have failed at a lot of battle royale games. After many gleeful hours toddling around, giving friendly hugs to your fellow beans, and being punted into the air at breakneck speed by Big Yeetus, you may be wondering what other fun, yet competitive party games you can pick up and play with friends or family. Well, wonder no more, my wobbly friend.

While you won’t find Fall Guys’ colourful blend of chaotic, multiplayer lobbies and gameshow-esque obstacle courses anywhere else, there are certainly many more games with a similar playful appeal and casual approach to limb physics.

Though you certainly could practice enough to defeat everyone you play against, these games are all about starting you off on an even playing field, and leaning heavily on general bedlam, so that anyone and everyone can be in with a chance of winning – but just like Fall Guys, these party games are tons of fun, even if you lose horribly. 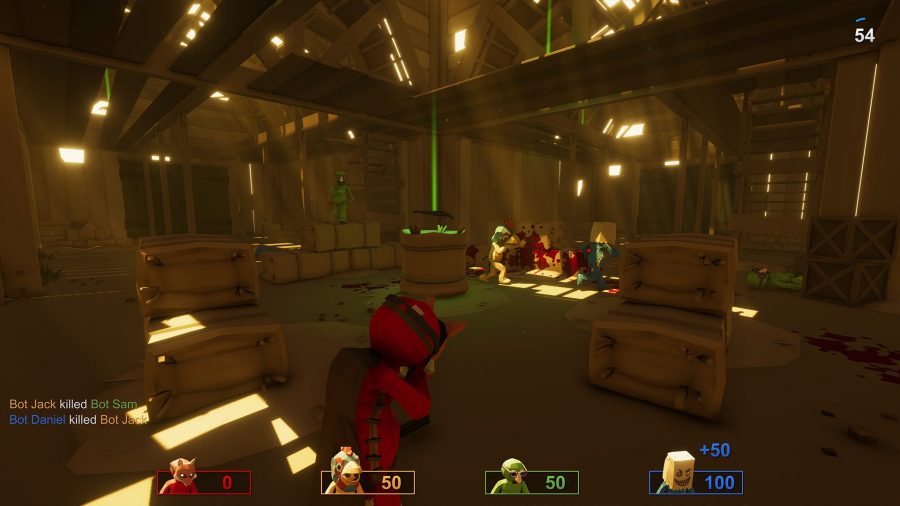 Pummel Party has a lot in common with the Mario Party series, gameplay-wise – although its over-the-top violence isn’t quite as family-friendly as Princess Peach and pals. As your party of up to eight players make their way across a perilous game board, you’ll pick up weapons and powerups to utterly annihilate one another. If you’re the type of Fall Guys player to troll your friends with strategically deployed hugs, you’ll certainly enjoy deploying rage-inducing methods of murdering your buds seconds before they make it to their goal.

Pummel Party has even more minigames than Fall Guys; while there’s some measure of skill involved, you can easily fall foul of bad luck and be unfairly teamed up on – try not to take it too seriously, as repeated losses can be seriously rage-inducing. 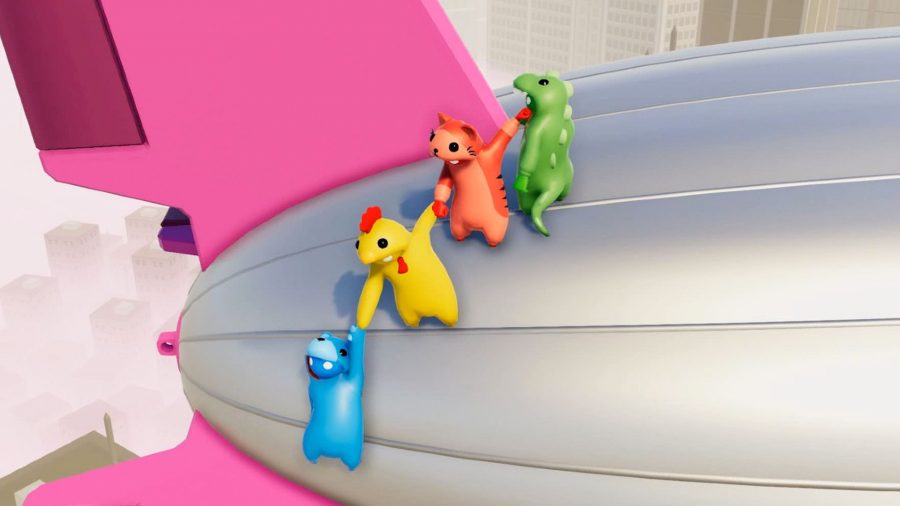 Much like Fall Guys, Gang Beasts is a technicolour party game featuring gelatinous creatures wobbling around with minimal control over their limbs – trying to get your character to move how you want them to is all part of the fun. The Gang Beasts of Beef City – to give them their proper title – are far more violent than their plump Fall Guys cousins, peppering each other with punches in order to be the last one standing.

Setting up the punchline: The best fighting games on PC

It’s a fun beat ‘em up, with several multiplayer stages to choose from, each with their own hilarious ways to sabotage your friends and throw them off the side – though they may well take you down with them. 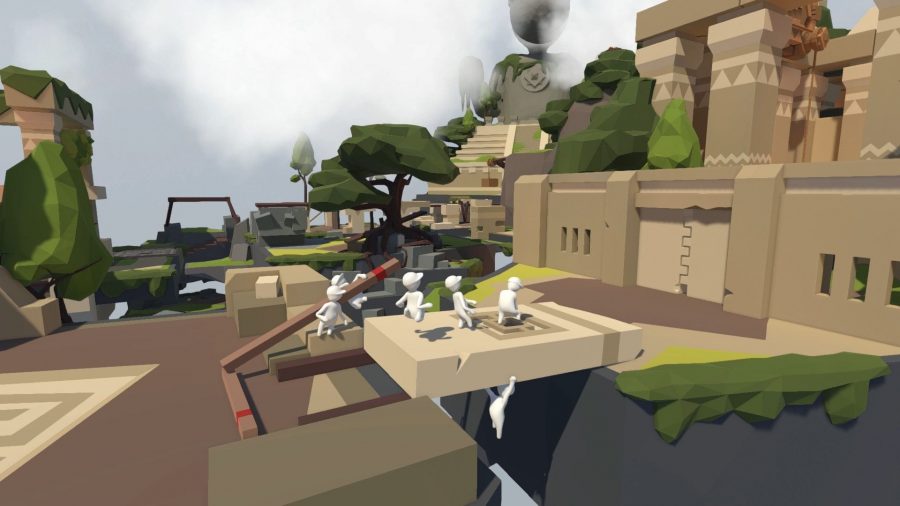 Like the previous games we’ve mentioned, Human: Fall Flat plays fast and loose with human movement mechanics, to ensure the years you spent refining your skills in multiplayer games are effectively useless. You and your party will each steer a Human through one of the myriad dreamscapes on offer, puzzling your way through together as you figure out how to get to the end when you have all the grace and agility of bag of flour.

It can be played solo, but once you add more Humans to the mix, the platform game plays totally differently – for better or for worse – as you create increasingly complex chains of doughy humans to scale obstacles. Regular updates add new levels that provide brand new challenges, and there’s plenty of user-generated content on the Steam Workshop for you to explore. 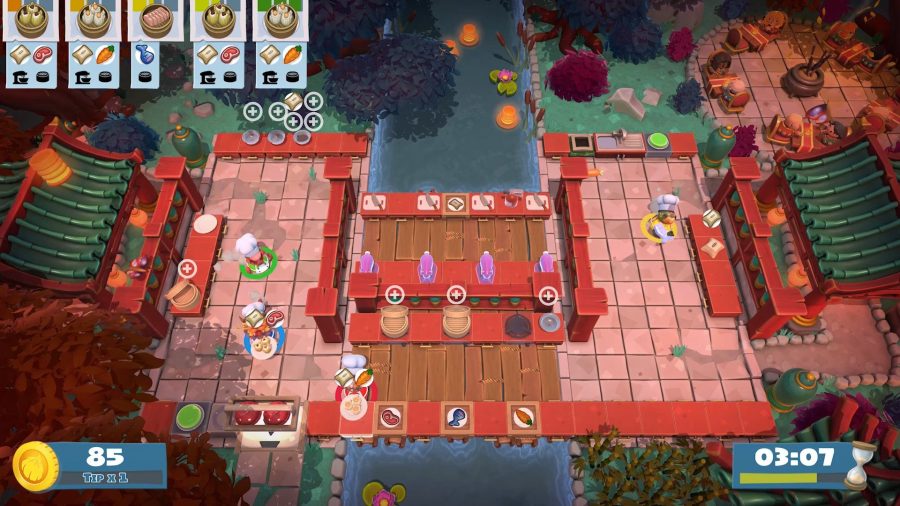 One of the most notoriously stressful co-op games in existence, Overcooked! 2 is perfect for groups of up to four friends who are very patient, slow to anger, and aren’t inclined to blame other people for their own mistakes. Alternatively, you can rage out and threaten to throw your fellow cooks straight in the bin, next to the sushi they ruined.

You play as an overworked chef, in a race against time to serve hungry customers the correct meal. You’ll need to manage a staggering number of time sensitive demands through the power of teamwork. Managed to refine your kitchen workflow down to a science? Good for you – now try it in a kitchen on a slippery iceberg. Now do it in the dark. Now do it in hell. Cooking games don’t typically involve those locations, and that’s why we love Overcooked! 2 so much. 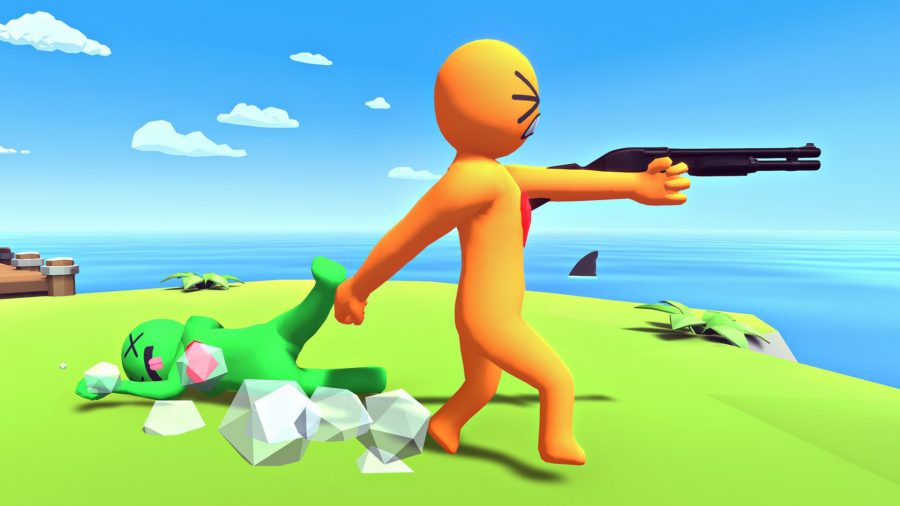 Havocado is another ragdoll physics-based beat-’em-up indie game – but what sets it apart from the rest is the huge arsenal of hilariously inventive weapons and vehicles you can use to blow up your buddies. You’ll be cavorting around the level, using jetpacks, rockets, grenades, and even an eel gun. It shoots out big slippery yellow eels that fizzle like electric bananas. Need we say more?

There are several maps to choose from, including some secret levels you’ll need to unlock. It’s great fun for players of all ages, but you’ll need to bring your own squad as servers aren’t particularly populated. 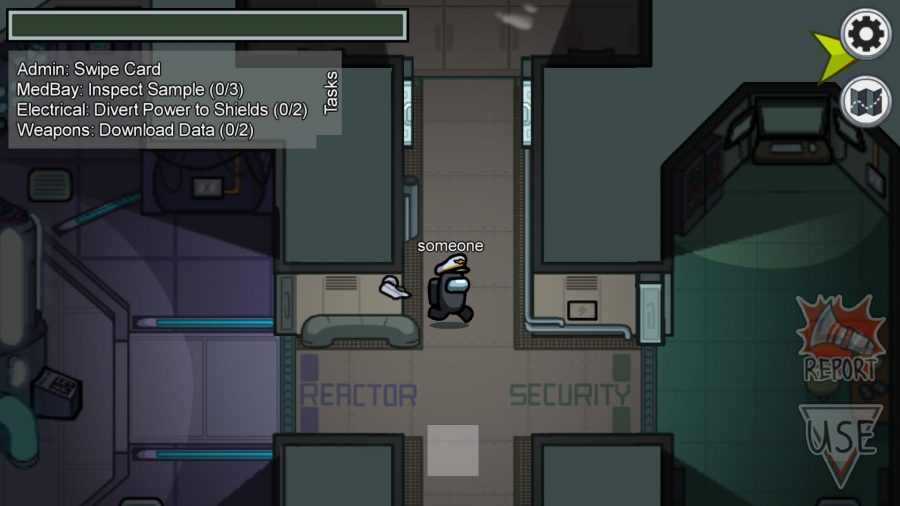 Many comparisons have been drawn between the beanlike protagonists of Fall Guys and the stubby spacemen of Among Us – though apparently the skeleton of a Fall Guy is uniquely horrifying, unlike Among Us’ impostors, they don’t tend to exhibit any murderous tendencies. As far as we know.

Among Us is a social deduction game in which groups of up to ten friends attempt to patch up an outpost by completing a series of small repair tasks. However, up to three of them are impostors, who can sabotage the crewmates’ noble efforts in various ways – and also stab them to death. When an emergency meeting is called, or a body is reported, the crewmates can choose a suspect to eject from the station, so as we explain in our Among Us imposter guide, traitors must avoid suspicion at all costs. For the good guys, our Among Us crewmate guide will teach you how to become the ultimate detective.

Those are the best games like Fall Guys we know of, but we’ll keep you updated with any new party games that stumble onto PC – in the meantime, time to refine your majestic dives and tighten your grabs in preparation for the Fall Guys Season 2 release date.