I’ve been thinking about Fallout 4 a lot lately. I didn’t love it at launch, not like I loved Fallout 3 and New Vegas, but in the five years since it released I’ve come to appreciate just how good it is at making you feel like your choices will have tangible, meaningful consequences.

Fallout 76 jolted my appreciation for Bethesda Softworks’ previous entry, but it took Cyberpunk 2077 to finally prod me into revisiting the irradiated wastes of the Commonwealth. I’ve spent just over 40 hours in Night City, plugging away at the main quest and ticking off side jobs and gigs. There’s plenty to love, plenty of stuff that annoys me, and some spectacular bugs; on paper it should be striking all the same chords as Fallout 4, but it’s leaving me frustrated and unsatisfied every time ‘quest complete’ pops up on screen.

From relatively small quests all the way to major story beats, Fallout 4 always reminds you that what you choose to do matters. One of the first side quests you pick up is Painting the Town, an otherwise bland and forgettable fetch quest where you’re tasked with tracking down some paint to spruce up the walls of Diamond City. There are a few ways to get the desired green paint, or you can retrieve another colour for a lesser reward, and there are plenty of dialogue options to choose from depending on what you deliver.

These are all standard in Cyberpunk 2077’s side quests, too, but what differentiates these experiences in Fallout 4 is that you can see the consequences of your actions in the world around you. If you have a companion, they’ll react positively or negatively to what you say to the quest giver. Whichever paint colour you return with will adorn Diamond City’s walls for the remainder of your playthrough. And, yes, you’ll get slightly different rewards based on which colour you turn in. 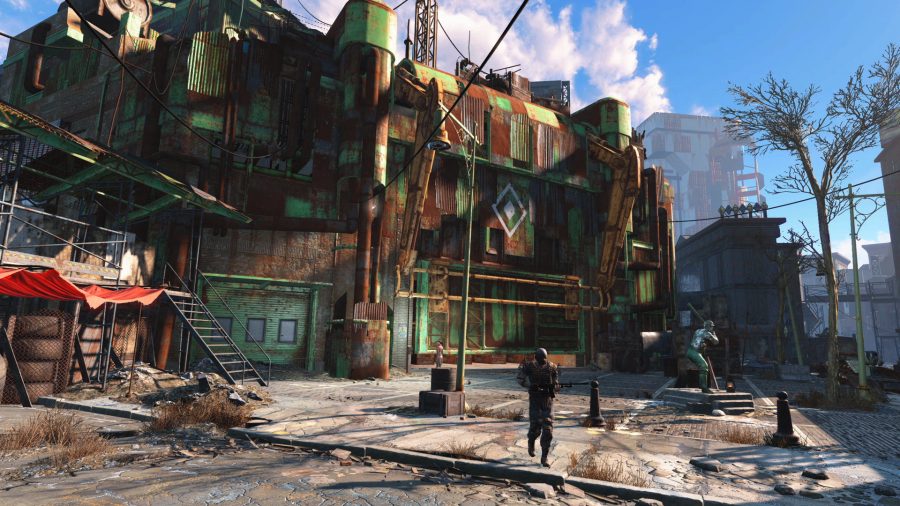 By contrast, the first side quest I encountered in Cyberpunk 2077 tasks you with corralling the divergent personalities of an AI cab company – there’s no option to help them escape. After rounding up the cabs you return to the depot where you get to decide the fate of the AI: you can merge the personalities, ‘liberate’ them, or restore the original AI.

You get the same reward no matter which option you choose, which is one of the Delamain cabs. There are some text conversations you can have with Delemain after the quest wraps depending on how you resolve things, but that’s it. Ostensibly, the cab you get as a reward has an AI personality that reflects your final decision in the quest, but this only reveals itself in some closing quest dialogue – you never hear it again once the quest is finished. The world doesn’t care how you resolve the quest, no NPCs remark on it, and even if you decide to use the cab as your vehicle, there’s nothing inside or outside that will remind you of which fate you chose for the AI in crisis. 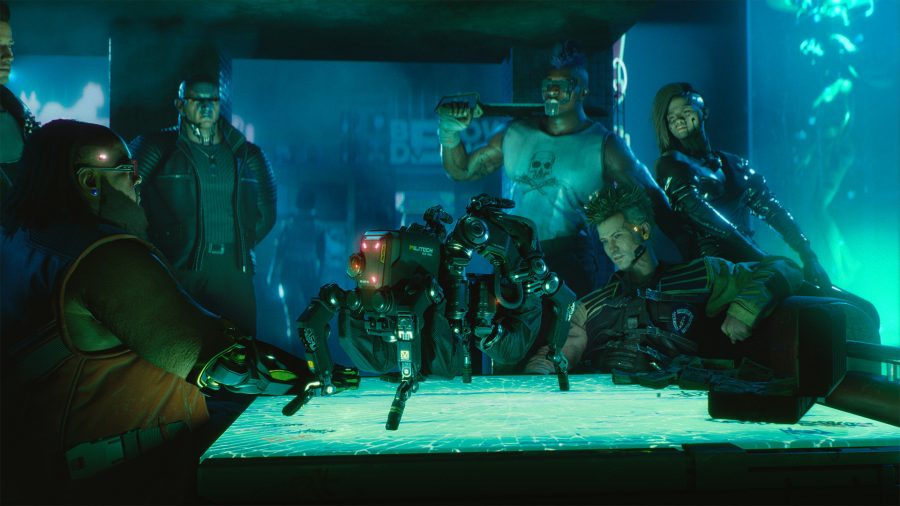 Fallout 4 is stuffed with consequences. Choose to liberate a kidnapped girl in the Human Error quest and an entire town will turn hostile. In the Last Voyage of the U.S.S. Constitution, you can change the skyline of post-apocalyptic Boston by assisting the ship’s robo crew. And in the main quest you can destroy entire factions and areas of the map, permanently locking off other side quests, characters, and items.

These choices and consequences stack up fast in RPG games. In the weeks and months following Fallout 4’s release there were always conversations to be had among friends, comparing decisions and outcomes, always revealing that our stories had diverged significantly. I had met and allied with characters who my friends had slain without even realising.

Related: Here are the best cyberpunk games on PC

There are streaks of this in Cyberpunk 2077. Main quests – and one or two side quests – do offer branching paths and often many more means of completing them than is immediately obvious, but nothing bleeds over into Night City. For a game that was marketed in part on the complexity of its choices and consequences, Cyberpunk 2077’s quests feel like isolated, mostly on-rails experiences.