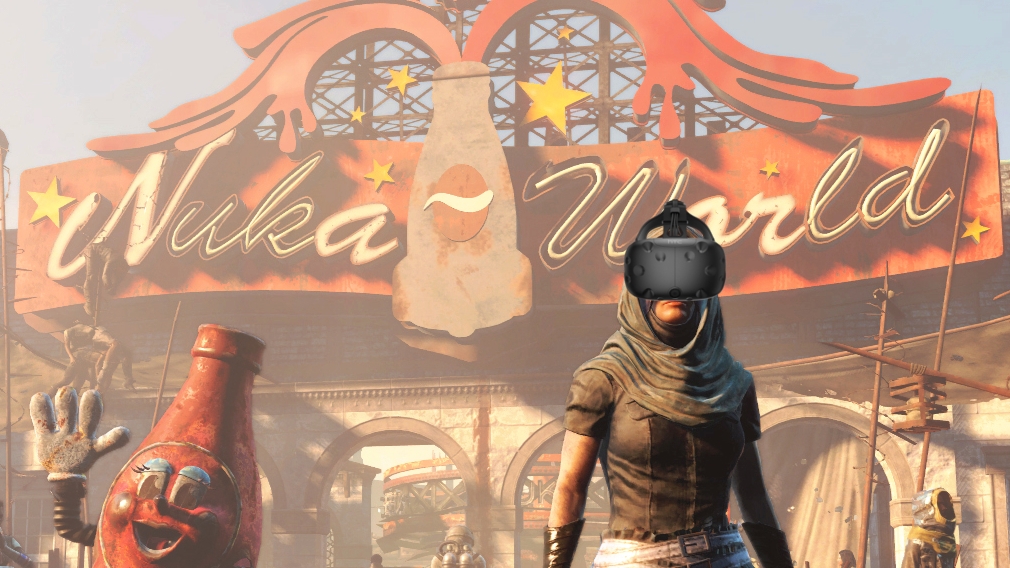 I’m a bit worried about VR at the moment. After the initial rush of interest and excitement surrounding the first days of the Rift and the arrival of the Vive things have settled into serious lull. The hardware has been around for a year now and there is a wealth of content available across both the Oculus and HTC VR ecosystems, but little of it is really capturing the interest of the wider gaming community.

So, what are the best VR games to play right now? Allow us to help…

But AMD’s Roy Taylor though thinks Fallout 4 VR is going to change that.

And that has me even more worried. If we’re at a stage where the shining beacon of hope for gaming in virtual reality isn’t new, exciting IP, it’s a two year-old title, essentially based on a game that’s almost a decade old, then that’s a pretty scary place to be. Especially if you’re invested in the success of VR as a genuine gaming platform for the home.

But for Taylor it’s not just about the game itself but what it means for gamers as a whole. We sat down for a chat, after he had finished his bombastic VR keynote at the grandiosely titled Virtual Reality World Congress event, where I put my concerns about pinning our hopes for VR on Fallout 4 to him.

“It will draw in new audiences,” he explained. “So anyone that loves Fallout, but maybe doesn’t love, or hasn’t tried VR, they’re going to be like ‘I really love that franchise, I’ve got to try it out in VR.’ I have tried it and it’s freaking cool!” 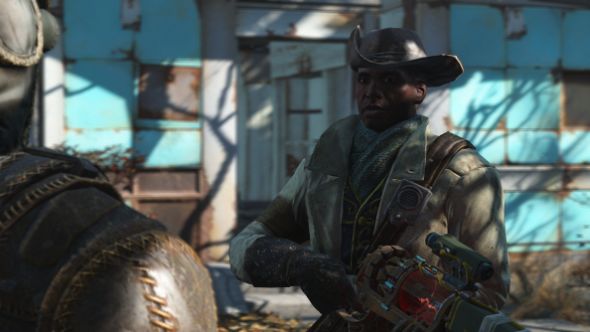 But despite the hyperbolic stance on stage Taylor is more pragmatic about the reality of VR relying purely on old IP going forward.

“First of all I’m completely biased,” he says. “I’m a huge fan of Bethesda and a huge fan of Fallout, so I can’t remove my bias. But, that said, I think you’re right, one of the things we also want is brand new IP. And those are coming, but developing a brand new IP right now is an extremely expensive business for VR. It’s not cheap, especially for a prolonged experience.”

These thoughts were echoed by Graham Breen, HTC’s EMEA program manager for VR, when I spoke to him later that day. But he contends there is other IP coming alongside Fallout 4 that could have just as big an impact on gaming in VR.

“If I think back to when we first showed Vive at Gamescom, two years ago, Cologne was a sea of Fallout 4 posters,” says Breen. “It’s the first time you’ve got something that’s got that big a pulling power. But actually, even in the shorter term, there are still things coming that have got a far wider awareness. Batman: Arkham VR being an example, we’re going to be seeing that on Vive on the 25th of this month. Star Trek is an experience when it comes as well.”

“I think it’s fair to say not everything starts and ends with Fallout 4. Fallout 4 is a really big and important thing, within a wave of other stuff that’s coming as well.” Breen explains. “So I don’t think it’s fair to put the whole expectation of the world onto it, but at the same time I think in terms of what it means to gamers – the emotion it can stir in gamers seeing titles that they love – you’re right, it’s two years-old, but it’s actually a new experience in VR. The name may be, but the experience isn’t two years-old. I think it’s a really exciting thing, I have to agree with Roy on that.” 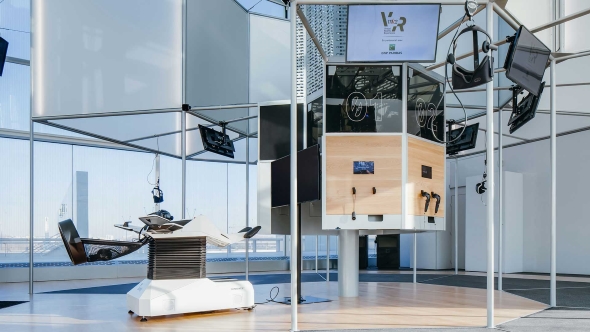 Convinced? Me either. I do honestly believe Fallout 4 VR will be pretty groundbreaking, but only for anyone already invested in the VR ecosystem. It will be the first high-end, involving, 100-hour game they’ll have played with their expensive virtual reality headset.

But I can’t see it breeding the desire in anyone else to specifically spend the amount of cash necessary to kit out a PC VR setup to give even a beloved game like Fallout 4 a secondary playthrough.

To me VR is still struggling to find its feet as a gaming platform, though really it’s feeling more and more like the early days of gaming as whole. It’s like living through the 80s all over again.

The content is currently mostly geared towards mechanics-driven gameplay, like CCP’s Sparc, which plays perfectly into the hands of the rising number of location-based VR ‘arcades’ like MK2VR in France, the Void in the US and Dubai and SoReal’s 32,000 square foot of VR theme park in Beijing. These are the places, along with instanced areas in malls and cinema foyers, where a lot of people are going to get their first real tastes of VR, before considering how to get that experience back in their homes 24/7.

But the bespoke, focused, narrative-driven gaming we’ve come to expect from standard, screen-based titles are still a way off. Which is a shame. Though that said, I will admit I’m definitely getting me some VR Rick and Morty action this weekend…

Would a good Fallout 4 VR port be enough to convince you to spend the money on a PC-based virtual reality setup?