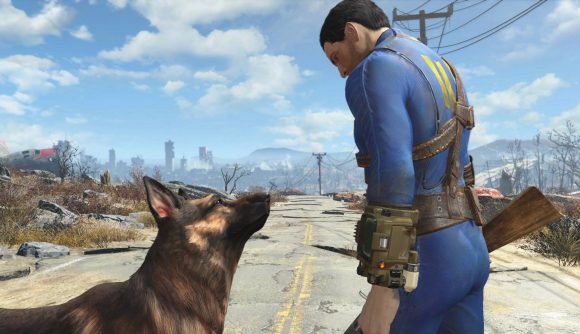 Escaping into an RPG game like Fallout 4 can be extremely therapeutic. For UFC fighter Angela ‘Overkill’ Hill, getting lost in Bethesda’s nuclear wasteland was vital for shutting out the naysayers as she prepared for her MMA comeback.

Speaking on the Noclip podcast, Hill talks about how Fallout 4 rekindled her love of videogames after being dropped from the UFC, distracting her from online vitriol so she could regroup and move forward. “When I was playing Fallout, and just shutting myself off from the rest of the world and all the naysayers who were saying horrible stuff like ‘Angela Hill sucks, she’s going to do horrible in Invicta too, she should just quit, she should retire, she’s too old to even think about getting back to the UFC’,” she says. “All this stuff I’m like ‘Why am I looking at this?’. It’s never worse than what you tell yourself, but to hear someone else say it always hurts just a little bit more.”

After losing her first two fights with the promotion, Hill was dropped from UFC at the tail-end of 2015, right when Fallout 4 first launched. She signed with all-women promotion Invicta soon after, leading to a four-win streak that had her back in the Ultimate Fighting Championship for February 2017. Playing the open-world game helped her find her center, and stop worrying about what her detractors had to say: “Instead of looking at that stuff any more, I was like ‘alright I’m done, I’m not going to Google myself, I’m just going to play this game and get really into that.'”

Hill turned her passion for gaming into part of her fighting personality, wearing cosplays to weigh-ins. The first was, naturally, a vault-dweller, and she’s also done Dhalsim from Street Fighter, and Afro Samurai, to name but three. Her next fight, against Michelle Waterson at UFC Fight Night: Waterson vs Hill on September 12, will make her the first African-American woman to headline a UFC event.

You can watch the full podcast below – this segment starts at 16:15:

Given Fallout 4’s been out a few years now, you’ve likely clocked a few hours already, but not to worry, the best Fallout 4 mods should help make a whole new wasteland for you to wander.