In Far Cry 5 you can steal people’s weed right out of their homes and become a neighbourhood drug vigilante. Or, if violence is more your style, you can go full Rambo with your bow and arrow in the mountains of Hope County.

These are a couple of examples of the more fractious ways you can play Far Cry 5. But it doesn’t have to be all drugs and death – one of the less conspicuous activities that Montana’s peaks and valleys have to offer is fishing. A number of players have swapped their rifles for rods in Ubisoft’s shooter to spend a significant portion of their time stood still before a lake. They don’t do this for glory or to unlock a particular achievement – it is all for the sake of relaxing – a moment’s peace with their pole, tackle box, and the great lakes of the American north. 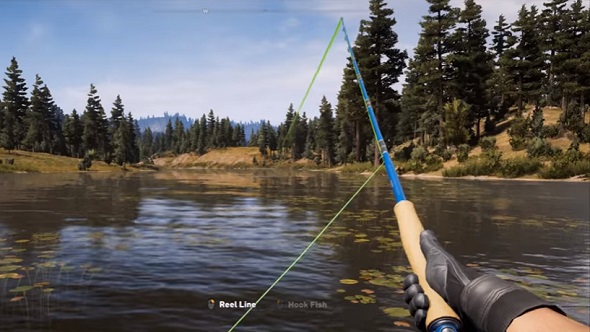 This is as odd as it appears. In a game that lets you take a tractor for a joyride and use a plane to mow down a field of cattle and their farmers, some players would rather wait for that elusive bite. Why? Perhaps it is because nature, the joy of its greenery and wildlife, is about the only thing Far Cry isn’t cynical about.

There’s been an emphasis on roaming through lush rainforests and tropical islands since the first Far Cry game. It was released in 2004, a year in which urban nightmares flourished through Half-Life 2, GTA: San Andreas, and Counter-Strike: Source. Among all of this concrete was Far Cry, which asked you to work with the jungle, hiding from mercenaries in a sprawling, leafy canopy. It was, even among its peers, technically and conceptually outstanding.

As the Far Cry series has increased its standing over the years to become one of the stalwarts of open-world action, it never lost its love of nature. While the plot of Far Cry 3 and subsequent games invoked headier and more complicated subjects – modern-day pirates, a Himalayan civil war, and a Christian fundamentalist cult – what has tied the series together is its forestry, animals, and mountain trails. 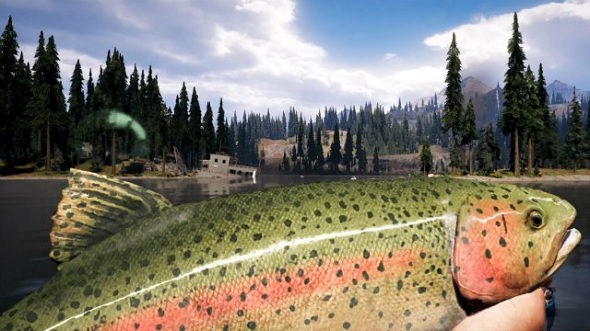 With each entry, the series’ depiction of nature has become more intricate through its tangle of roots and rebars – where human structures and the wilderness tussle for space. Think back on your time in a Far Cry game and among the memories of shootouts will be the moment a tiger pounced unexpectedly on an unsuspecting soldier, or the view from atop a tower to get a perspective on the thick green forest beneath you. Roaming the dense foliage, seeing deer frolic, hunting grizzlies as sunlight penetrates the glades, that’s where you find the real heart of Far Cry.

Triple-A games are entrenched in big action and adventure. You can read into the politics of Far Cry 5 – how it touches on US separatism – and its predecessors, and you can take up arms against the oppressors who cast a shadow over each game’s idyllic setting. But, equally, Far Cry’s landscapes offer an escape from the busy rush of life – or, indeed, the business of taking it from others. And whether it’s Far Cry 5’s fishing or some other peaceful activity, we could all do with a moment of downtime, putting the guns aside to instead anticipate the bite of a large trout.