It’s a fitting introduction to the dictator of the fictional island of Yara, a state inspired by isolated nations like Cuba. We’ve not heard heard much about Far Cry 6 since its announcement last July, but today’s gameplay reveal sheds new light on the guerilla resistance against Castillo and its importance as a core gameplay theme.

We’ve rebelled against charismatic villains in past Far Cry games, taking down the regime of Pagan Min and the cult of Joseph Seed, but this time around the good guys get a greater share of the limelight. Sure, Giancarlo Esposito is perfectly cast and will do a great job, but Ubisoft also wants to highlight the rebels who player character Dani Rojas – who can be either male or female – supports with some reluctance. The most memorable of the bunch is Juan Cortez, a master of making weapons from everyday objects. He’s basically a surly Tobermory from The Wombles and he’s packing serious heat.

Yara is a small island nation that’s been under the thumb of one tyrant or another for some time, so its design evokes a place frozen in time. I see retro cars and run-down buildings in its capital city, Esperanza, and as we get closer to its centre we see more of Castillo’s propaganda, the state army that he controls, and the more modern technology they use. World director Ben Hall tells us Castillo has “an iron grip around the city, placing it under martial law. It’s the heart of where he wants to rebuild paradise”. 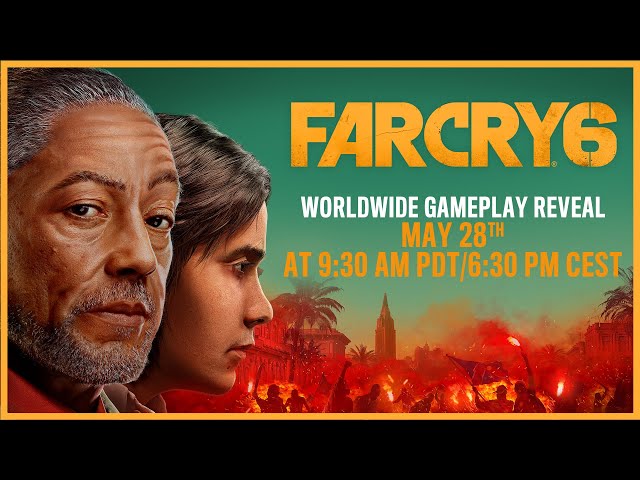 Far Cry 6 wants to be a guerilla fantasy. A few details drive this point home, most notably the hidden routes throughout the city. These tunnels, alleyways, and sewers keep Dani hidden from Anton’s army, and when that’s not possible, they can holster weapons and blend into crowds, appearing as an innocent bystander. This kind of ‘social stealth’, while core to Ubisoft stablemate Assassin’s Creed, has yet to be seen in Far Cry.

You’ll see a crocodile come and grab one of the flamingos out of the sky, and start munching on it

Though Hall says Esperanza makes up a “fair amount of the world”, Yara is more than a handful of run-down settlements. It’s a nation of several islands, with just a small body of the sea separating them. If it weren’t for the oppressive regime – and the fact that it’s fictional, of course – I could see myself taking a holiday here.

The views are spectacular as I climb across small mountain ranges, looking from one island to the next. Beautiful waterfalls glimmer in the distant sun beyond a jungle of palm trees. Wildlife has long been a key fixture of this series, and Yara is teeming with it – the footage doesn’t really show us much, but Hall elaborates on the ways in which the island’s fauna will interact. “You’ll see a crocodile come and grab one of the flamingos out of the sky, and start munching on it.”

Against this natural paradise there are grim reminders of the island’s corrupt and violent history. A rusty tank lies abandoned by the side of a road; swimming pools are filled with rubbish bags; a restaurant is gradually subsiding into the sea in witness to the state’s neglect of its people in favour of the island’s elite. It’s a desperate situation for the citizens of Yara.

What of the game itself? Much is familiar in Far Cry 6, such as first-person driving and a number of forts that you’ll need to infiltrate in order to weaken Castillo’s forces. Dani also has ‘amigos’, who are essentially the pets in previous Far Cry games, and they’re utter oddballs. Guapo, a crocodile wearing the world’s tackiest sports jacket, is the brawn of the roster, and will chomp down on anyone who insults his taste in clothing. Chorizo, on the other hand, is a ferocious yet somehow precious pooch in a wheelchair, who uses deception to charm enemy soldiers before giving them a nasty nip in the nether regions. 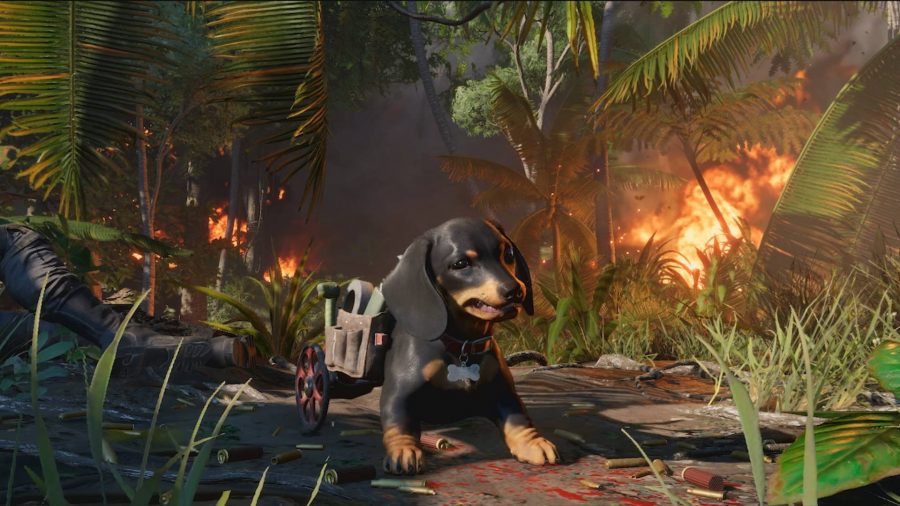 Where Far Cry 6 differs greatly from previous games is in its weapons. There are 49 customisable military-grade weapons to find, and you can now fit guns and plows to vehicles. But none of that is so novel as crafting improvised weapons, otherwise known as ‘Resolver’ weapons, which are much more integral to the guerilla fantasy Ubisoft wants to portray. One example we see as part of a rebel propaganda poster shows a mini-gun made from a lawnmower engine, a paint tin, parts of a handheld camera, a kite’s grip, and a thermos flask.

These contraptions are a source of humour, too, as I also see Dani sneak up on an enemy wielding a CD launcher that’s playing the Macarena. They fire a well-timed shot to knock out the soldier, but also interrupt the song. Armour is now a bigger deal too, since perks are now linked to what Dani wears. Equipping different gear helps with achieving certain objectives like infiltrating a base without being seen, or assassinating a target.

The other key weapons in Dani’s arsenal are the Supremos: powerful gadgets that can be activated if you’re in an otherwise hopeless situation. They’re designed to cause as much destruction as possible. We’re shown the Exterminador, which is essentially a set of mortars launched from a backpack to rain explosives upon anything in range. Desperate it may be, but it sure is spectacular. 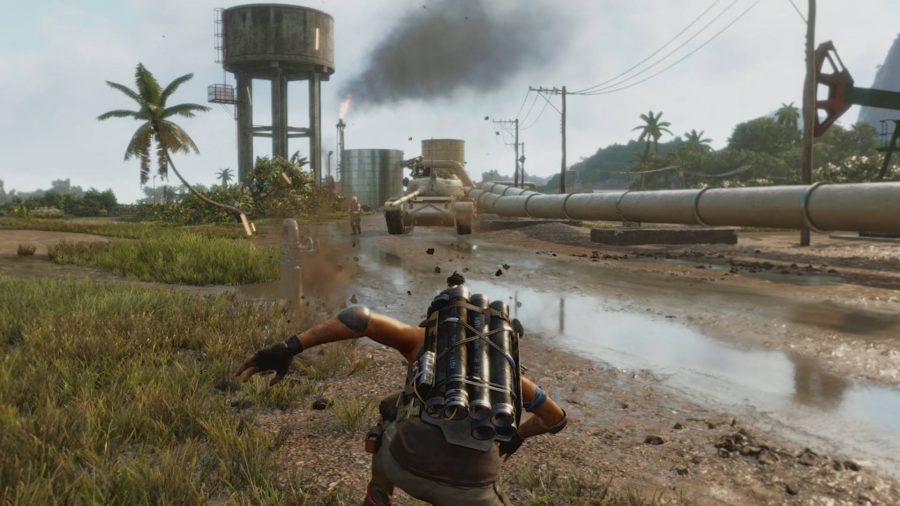 Yara is yet another powerfully politically charged setting for a Ubisoft game, and from what we’ve seen so far, it’s richly realised. Far Cry 6’s new gameplay ideas also indicate an impressive commitment to its chosen theme of being a guerilla – while Dani’s objectives may seem familiar to those who’ve played the previous games, the latest instalment seems intent on providing new means to accomplish them. Whether the story will be similarly committed, or do justice to its real-world inspiration, remains to be seen.

The Far Cry 6 release date is set for October 7.