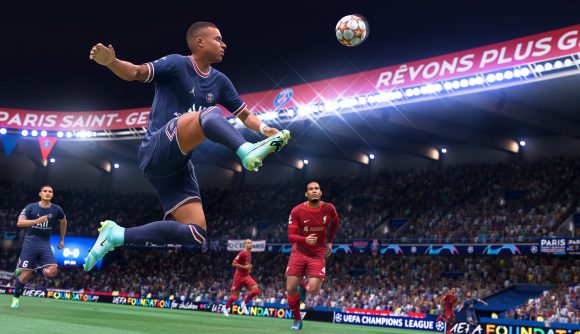 It’s been coming for a while, but today it’s official: EA Sports and FIFA are breaking up. The games publisher and the global governance body for soccer have formally abandoned negotiations to strike a new partnership deal, which means the massively popular football game series they’ve collaborated on for more than 20 years is getting a new name next year – EA Sports FC.

That’s a name EA Sports had sought to trademark last year, and it appears to be the one the publisher will use for its soccer series going forward – around the same time that the company floated the idea to players of dropping the FIFA branding.

As the New York Times reports, FIFA had sought to at least double the $150 million licensing fee it collected from EA Sports for the use of its name in the blockbuster series. However, it also was reportedly seeking to attach its name to additional digital products, such as other games. EA Sports baulked at this, and will go forward with its football series without FIFA’s branding.

However, over the years that its held the FIFA license, EA Sports has inked exclusivity deals with hundreds of other football organisations, leagues, and clubs – which means most of the real-world players and teams currently found in FIFA 22 will likely show up again in EA Sports FC, too, according to the Times.

The current deal between FIFA and EA Sports is set to expire after the Women’s World Cup in Australia and New Zealand in 2023.