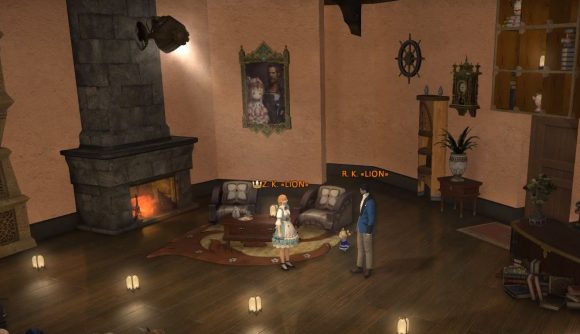 In between adventuring, questing, and learning new jobs in Final Fantasy XIV, you might want to take in some culture – and there’s a group out there staging full plays within the game, using in-game assets as sets, props, lighting, and costumes.

They’ve been at it for a couple years now, it turns out. In 2017, A Stage Reborn put on a production of Walter Wykes’ one-act play The Worker, and you can watch the video below. A player’s home provides the set, but the group has added appropriate stage and spot lighting, they’ve included the right kinds of props, and there are even ushers and comfortable theatre seating for the audience members. The play even has an orchestral score, chosen from Final Fantasy XIV’s music tracks.

Characters react to each other with the game emotes, and there are cheers and giggles from the audience at important moments in the play.

Here’s a video of the group’s staging of Wykes’ The Worker: 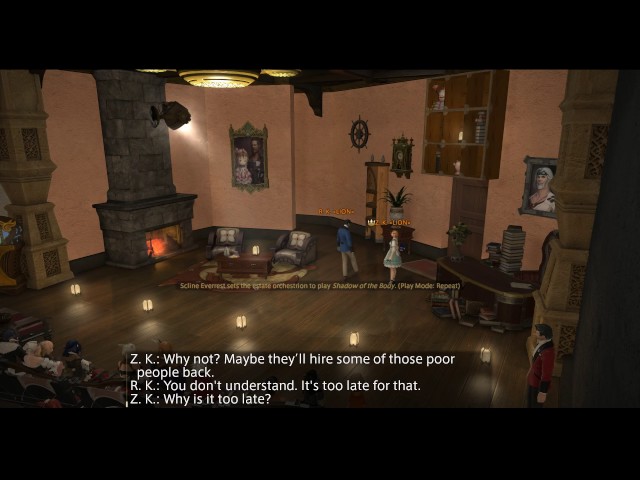 The founder of A Stage Reborn, who goes by Wanderer Sabaku on Reddit, explained that the goal is to show people how “the arts can transform on whatever stage you put out there.”

New media like games can be “a lot more accessible,” Wanderer Sabaku wrote.

“With interactive media and games becoming more and more commonplace in homes, we feel it’s important these things get recognized as tools for visual and performing arts education and expression too.”

All the world’s a stage: The best MMORPGs on PC

A Stage Reborn has an official website with more information on what they do, and it covers its non-profit status and how that relates to fair use – important when you’re performing copyrighted works.

While A Stage Reborn isn’t strictly a Final Fantasy XIV group, it’s found that Square Enix’s long-running RPG has usually been the ideal performance venue – partially due to the level of creativity players are afforded in the game, but also due to how Square Enix has helped foster and guide the growth of the player community.

If you’re interested in this kind of performing, A Stage Reborn is currently casting for a production of Shakespeare’s A Midsummer Night’s Dream. It’ll be held in Final Fantasy XIV, and the group has adapted the script to work with the game’s mechanical constraints. You can find more information about auditioning, as well as applying for crew and choir positions, at the official site.