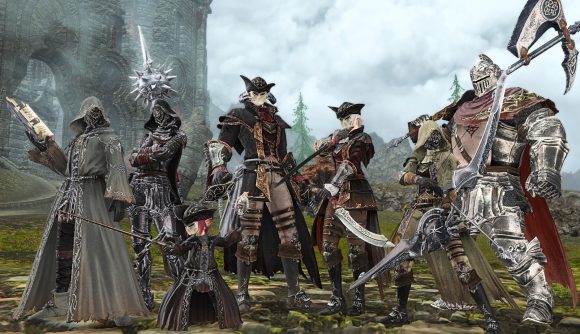 The new rules ban advertising help for clearing duties via the Party Finder – in other words, you can’t sell clears there. You can, however, advertise the fact that you’re buying clears. Mercenary activities for in-game rewards are totally okay with the devs, it’s just that real-money traders were posting ads for gil-driven clears when the real transaction would be for actual money.

“Though the situation varied with each region,” global community producer Toshio Murouchi explains, “there were an enormous number of cases where RMT vendors created recruitment listings in the Party Finder under the guise of mercenary activities, which hindered normal players in their use of the Party Finder. The changes made at this time are intended as measures to rectify this situation and promptly crack down on fraudulent recruitment listings.”

This update also addresses concerns about whether you’d get banned for offering advice to other players. Which, uh… no. You will not. The rules – which already existed – against attempting to “compel a playing style” does not mean you can’t give tips to your fellow players in a duty. Just don’t be a jerk about it.

Murouchi explains: “The document can be summed up as, ‘Due to the nature of an online game, the people we encounter in-game are also individuals with varying personalities, so our speech and conduct should always take others into consideration.'” As true in life as it is in FFXIV.

The Endwalker release date is less than a month away.