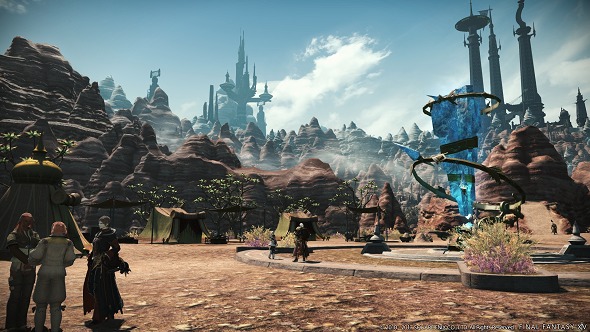 The next big patch for Final Fantasy XIV Online is coming next month, and it’ll add a host of new content to the venerable MMO, continuing the story that kicked off with last year’s Stormblood expansion.

Final Fantasy XIV Online has kept growing with each new patch, and it’s on our list of the best MMORPGs on the PC.

Square Enix say the patch will launch in late May, and it adds new main story quests, a new raids, and updates to jobs, PvP, housing, and the Glamour System. Players will be able to increase their skills in crafting and gathering by completing new Namazu Beast Tribe quests, and there’s a new secret Trial as well.

Here’s the full list of additions, via Square Enix:

Along with the patch, Square Enix is also launching a new companion mobile app for Final Fantasy XIV that will allow players to chat with friends and Free Company members, schedule events, and organise their inventories. There’s also a paid version of the app coming, which will charge a monthly fee and give players double the saddlebag space, allow them to organize saddlebags and retainer inventories, and let them deploy an extra retainer.

For more information on Final Fantasy XIV and Stormblood, head over to the official site. You can try it out for free – the trial version allows you to play all the way up to level 35.