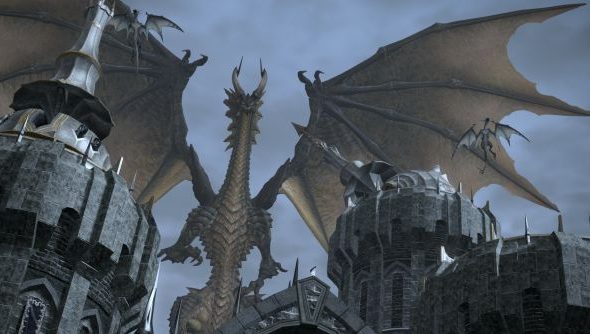 I find something rather heartwarming about the story of Final Fantasy XIV: A Realm Reborn. The original release of FF14 is one of the most legendarily bad of the modern era, a real low point in the ever shrinking genre of subscription MMOs trying and failing to use the big franchise stick to beat WoW to death. Square Enix apologised, went into the development tank and completely reinvented the game. Their gambit was successful, with A Realm Reborn and its expansion Heavensward proving successful both in terms of player counts and finances.

Now there’s some official numbers to add to those obvious facts. Squeenix have sent word that there are now five million bought and registered accounts for the game. A significant bump likely came from the recently released expansion.

There’s two riders to place on that for it to paint the correct picture. The first is that it does not include accounts made freely as part of the trial, so it’s all sold copies, meaning cold hard cash the game has actually made. The second is that it isn’t actually-active accounts, meaning FF14 isn’t quite catching up to WoW’s most recent numbers. If you do want to make that comparison between an eleven year old game and one just approaching its second anniversary, Blizzard announced over 100 million accounts created last year.

As it approaches that two-year period, we had a look at where the game’s been and where it’s going in an interview with game director Naoki Yoshida.