Square Enix’s mighty MMORPG, Final Fantasy XIV, continues to go from strength to strength. Its latest major expansion, Shadowbringers, saw a warm reception this summer and is continuing to play out. Its story plays with genre tropes, transforming you into a Warrior of Darkness to save a world from being devoured by the Flood of Light, and it’s hardly a stretch to see parallels with the climate crisis in real life.

There are plenty of tantalising possibilities for future stories, too, with Shadowbringers introducing thirteen ‘Shards’ of the original version of FF14’s world, Hydaelyn, of which we have only explored the First. The game has also received several new raids: Eden, The Epic of Alexander, and more recently a tie-in Nier: Automata raid.

With Shadowbringers in full swing and patch 5.1’s Nier Raid, Vows of Virtue, Deeds of Cruelty, live for players to dive into, PCGamesN got the chance to speak to FF14 director and lead producer Naoki Yoshida about the past, present, and future of the game. Read on to find out how Shadowbringers grapples with real-world conflicts, Hydaelyn’s potential for spin-offs, and more.

PCGamesN: Shadowbringers felt very relevant when depicting human reactions to apocalyptic events. Was this an intentional commentary on real-world reactions to climate change?

Naoki Yoshida: It was pure coincidence. There wasn’t any intention to reflect the current real-life global catastrophe in the game. 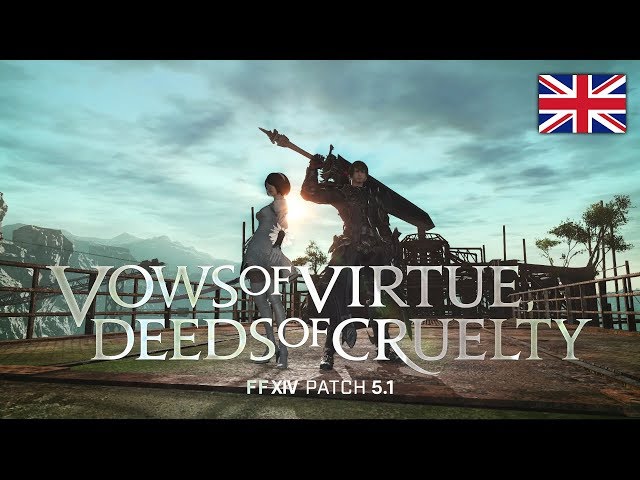 It’s become more personal. Everyone has their own individual values and conceptions, they have their own opinion on everything. It’s not a question of right or wrong, it’s more like trying to accept people’s opinion and their thinking. Rather than being judgemental, we try and accept what they say. We feel that the situation has changed in that direction.

You could say light is holiness, justice, a good thing, but if it's too strong it has bad effects

So the theme for Shadowbringers was more like, we wanted to see things differently. For example, when you think of darkness, you may also see evil, bad, wrong, unjust, but that is not the case. You can see it differently. You can see something beautiful – beauty in the night sky, or something good around darkness. Conversely, you could say that strong light is holiness, justice, a good thing, but if it’s too strong it can have bad effects. Each element has its own good and bad thing. It’s not just one-dimensional, it’s multi-dimensional.

It’s not a question of whether something’s right or wrong, we can’t just make a judgement from one side of it – I think what’s really important is to accept both elements associated with one subject. After accepting that, how can we manage it? How can we move forward? That is the extra question, that is the extra challenge we have to face. [That’s the way] real-life elements reflect into the game. 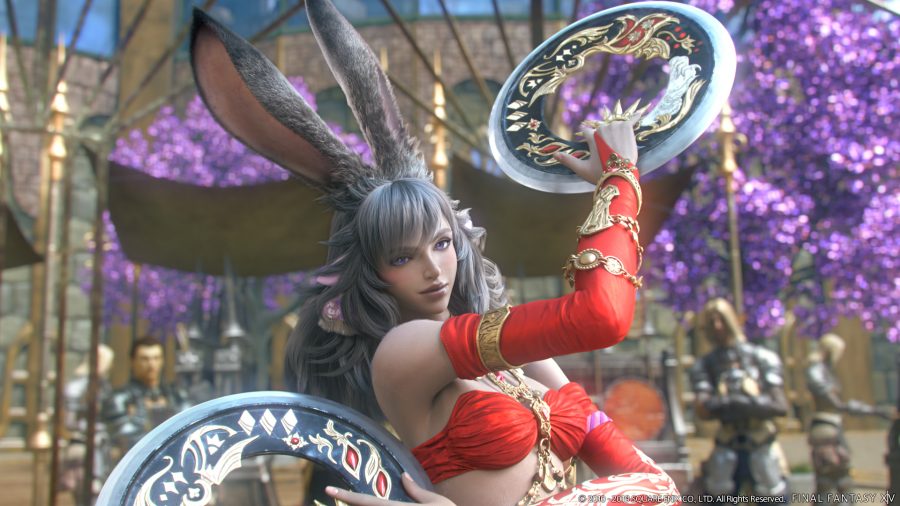 FF14’s stories are more intricate and nuanced than most other MMOs, with events that permanently affect the world and characters. How do you present a complete story, with tangible consequences, without alienating either new or returning players?

The main idea is – because [I am] part of the scenario team – to make the storyline very simple and easy to understand. That’s the crucial factor when creating the scenarios. If you have to know lots of smaller details in order to understand the main scenario, then you can just fall away anywhere, and it’s very hard to catch up.

If I were to ask the team in Japan about making a spin-off, they'd say "are you crazy?"

So we have the main scenario quest, which is the backbone of the storyline, but we also have different types of sidequests, where you can explore characters, the lore, or the area, stuff like that. The point is not to make the sidequests a requirement for the main scenario quest, as that’ll make it too complicated for players. If you want to know more about this character or that area, then you can go and see what sidequests are available.

First you have the interest – you will discover the new information and new story with sidequests. If players take interest in discoveries they’ve found online, they go back to the game and might want to explore themselves. There’s a snowball effect. Someone’s interest [encourages] interest from other people. That’s how the sidequests and main storyline are established within the game right now. 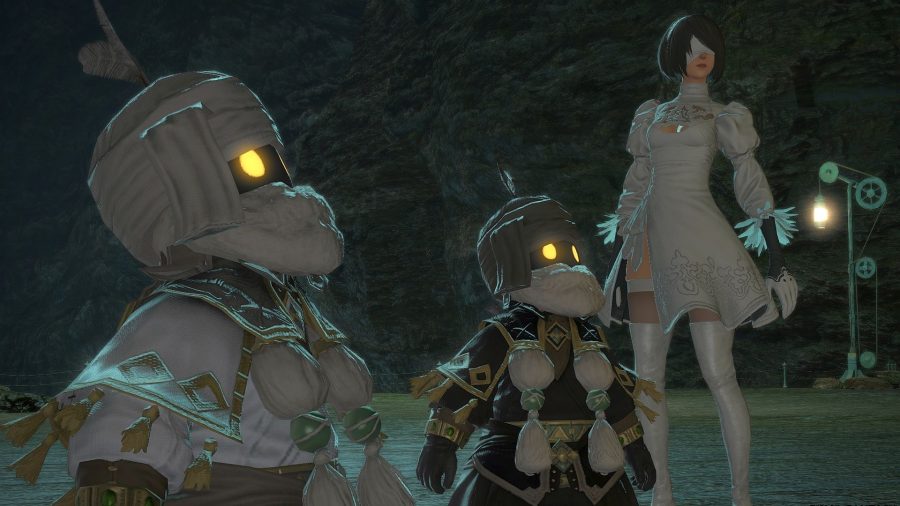 Going back to the basic policy that the dev team has: the main story has to be simple, so people can enjoy it. Then, after you’ve completed the main quest line, you can discover more complicated things with the sidequests.

What’s really important and unique is that the story just doesn’t exist with the scenario team, but other sections also know what kind of story unfolds. For example, the battle team also learn and study the storyline, so the player can feel the story through different content.

The world of FF14 is very deep, and clearly popular with fans. Do you think there’s potential to utilise the setting in spin-offs, perhaps even in a traditional Final Fantasy single-player RPG?

At the moment the dev team doesn’t have enough time to create any spin-offs or anything, but so as long as someone wants to take this challenge, we would more than welcome them to do that. As long as some other teams in Square Enix, or anyone, wants to do it, than the FF14 dev team would not say no. The current FF14 side is just too much happening right now, the major new expansion, it’s already our limit. If I were to relay the question you just asked to the dev team back in Japan, the team would say to me “are you insane? Are you crazy?” 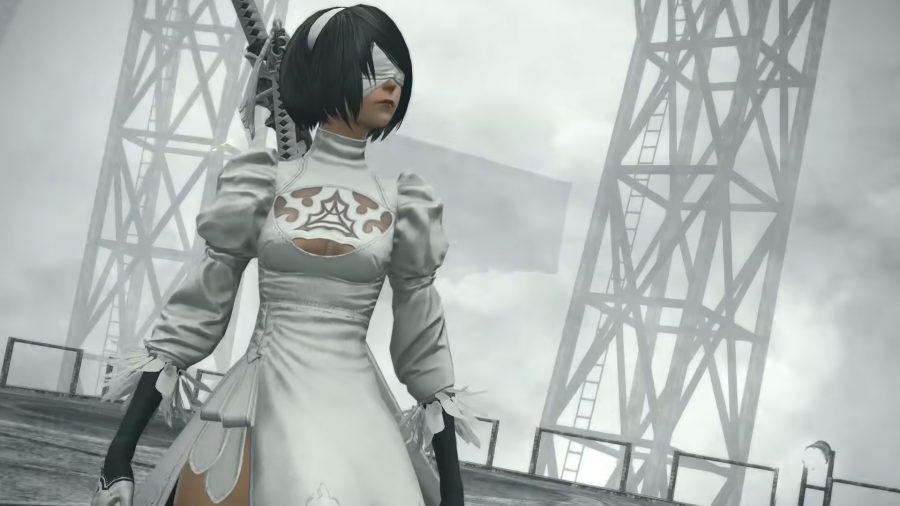 In Shadowbringers we learned about the thirteen Shards, most of which we haven’t seen in person yet. Will we travel to more of them in future expansions?