Forget how ridiculous or impractical the design of the weapon may be – you know you want to wield a gunblade in Final Fantasy XIV. Fortunately, your wildest dreams will come true now that the FF14 Gunbreaker job has been added to one of the best MMOs around as part of Final Fantasy XIV: Shadowbringers.

FFXIV’s Gunbreaker is the fourth job added to Final Fantasy XIV and will fulfil the Tank role. Its weapon of choice will be the gunblade and it will wear plate armour alongside the Warrior, Paladin, and Dark Knight jobs – so expect to share any loot with these folks.

Below we’ll be offering an overview of the job, taking a look at how you unlock it, and examining the FFXIV Gunbreaker job abilities you’ll have at your disposal. Meanwhile, we also now have the official Final Fantasy XIV patch notes to dig through, to tell you even more about what to expect from this huge new expansion. So, without further ado, here’s everything you need to know about Gunbreaker in Final Fantasy XIV.

How to unlock the Gunbreaker job in Final Fantasy XIV

According to the announcements made at the FFXIV Fan Fest in Paris, it is expected that you will need to go to the starting city of Gridania to unlock the Gunbreaker job. You’ll also need to have at least one Disciple of War or Magic job at level 60.

An NPC in New Gridania (X:11.5 / Y:11.9) will offer you the quest, The Makings of a Gunbreaker, to start your journey into the role. This first quest will introduce you to the basic functions of the job starting at level 60 while also providing a weapon and a suitable set of armour so you can get to shooting and slashing right away. You’ll then unlock a series of job quests as you level to 70, with a final job quest waiting at the new level cap of 80. 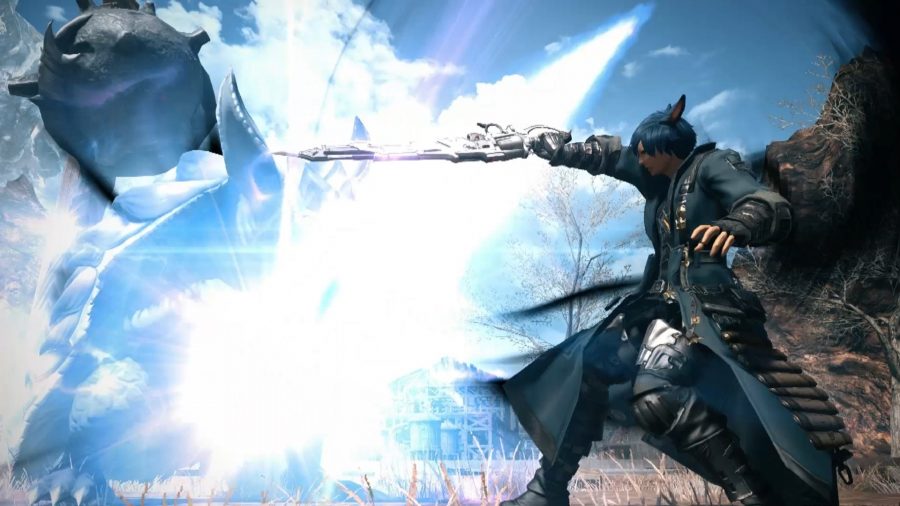 As you might infer from the weapon choice, Gunbreaker uses a combination of melee-range sword slashes and close-range gunfire. Many of these are straightforward weapon combos that will be used to build aggro on enemies so you can tank in a similar fashion to the Warrior, Paladin, and Dark Knight classes. The Actions Overview section on the game’s official page for Gunbreaker has been added to show all the job’s abilities and the updates for the existing ones.

The main mechanic of the job is to load cartridges into your gunblade so you can unleash your more powerful attacks. Based on our time with the game in our FF14 Shadowbringers impressions, we know that completing the basic single target or area of effect weapon skill combo will reload one cartridge. You can then spend this on a explosive single target or area of effect attack which can be weaved in between your other attacks for extra burst damage. 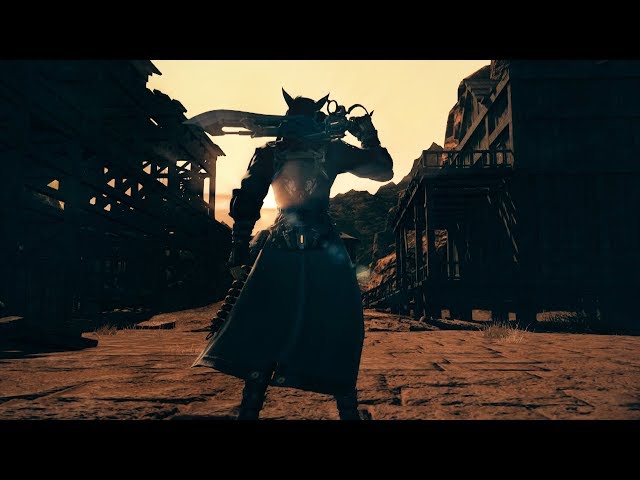 The other use of your cartridges is in the ‘Continuation’ combo. This rapid and lengthy single target chain of attacks begins with the firing of your cartridge and then each subsequent blow enables another attack in the chain. By weaving these all together you can complete a six-attack combo in a matter of seconds, which not only amounts to considerable damage, but it’s also an excellent aggro generator at the start of a fight. You don’t even have to complete a combo to get to this stage as another FF 14 Gunbreaker job ability allows you to load two cartridges instantly.

Gunbreaker will also have a selection of damage reduction skills available to help weather the beating they receive when tanking mobs. One of these is included in their main weapon combo: the second attack in the chain provides a self-heal and temporary barrier based on the damage the attack has dealt. In a neat twist, this effect can then also be shared with another party member.

Gunbreaker also boasts a standard percentage damage reduction for a short period of time, and a buff that briefly improves parry rate. You’ll also have access to a big emergency button that reduces enemy health to one but also makes them impervious to most attacks for a small window. Its use is similar to Warrior’s Holmgang as a way to avoid death in dire situations.

As a Tank, the Gunbreaker will also have access to the full range of Tank role actions. With the way role actions have been reworked for Shadowbringers, you’ll no longer need to pick between a selection but acquire them as you level up. Even though the lack of customisation is a sad loss, there used to be an optimised build to go for which made choice redundant. Instead, now all the useful actions will be yours once you reach the necessary level requirement. 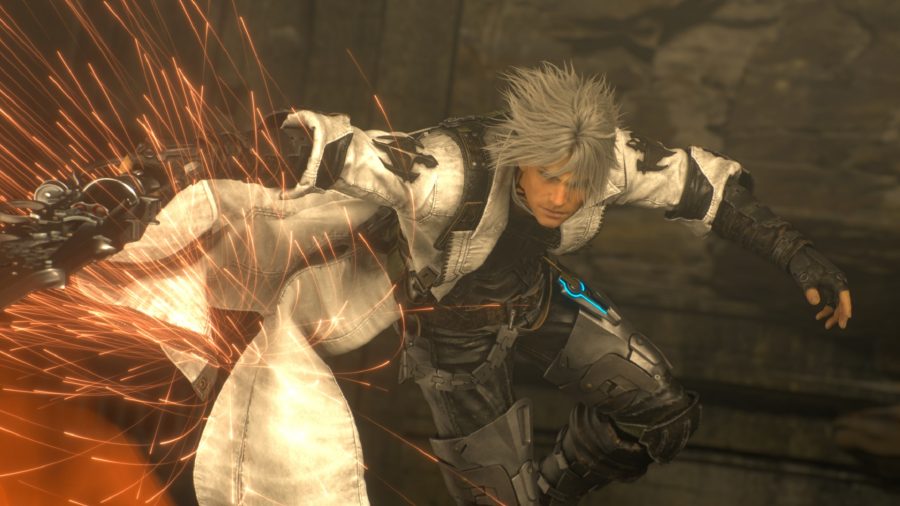 The introduction of Gunbreaker sees one of the game’s recurring characters, Thancred, take up the new job. He can be seen sporting the new weapon and a white version of the job’s Relic Gear in the Shadowbringers extended teaser trailer, suggesting he makes the choice to switch as part of the Main Scenario prior to the release of the expansion.

It’s likely that Thancred learns how to use the weapon through Gaius van Baelsar, aka the Shadowhunter, after his surprise return in Patch 4.3: Under the Moonlight. When Gaius first appears in The Burn he can be seen with a gunblade holstered on his back. Either these two characters play a part in the FFXIV Gunbreaker job quests or an as-yet unknown individual who is prepared to teach players how to use the weapon.