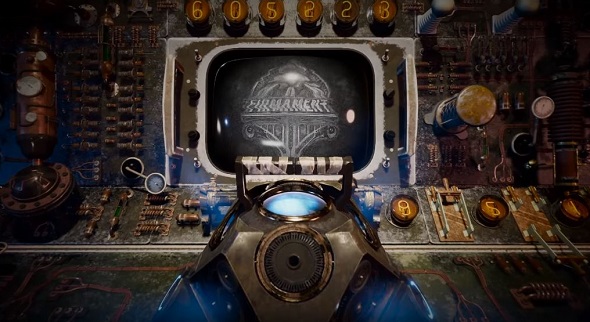 Cyan, the developers behind Myst, Riven, and 2016’s Obduction, have teased a new inscrutable game called Firmament with the launch of a website and trailer.

If you’re interested in the classics, here’s our list of old PC games that are worth playing today.

The teaser trailer (above) is longer than most, but in Cyan’s long tradition of creating beautiful but oblique games, it’s difficult to work out many solid details based on what’s shown.

What we do see however is a frozen, ruined world scattered with the debris of metal latticework, steampunky gears and Edison-style lightbulbs, and a capsule of some kind that presumably ferries the player between the four realms mentioned on the Firmament site.

Cyan say you’ll be joined by a “a long-dead, ethereal mentor” and a hovering clockwork companion (which looks more than a little like Destiny’s ghosts), both of whom appear in the trailer.

There’s no release date yet set for Firmanent – at least there doesn’t seem to be. Cyan loves their puzzles, and the final moments of the teaser contain what sounds like a Latin phrase ending with “firmamentum,” which means a support or anchor, although the English version is usually a reference to the heavens.

As the camera pulls back from the logo, we see we’re watching through a monitor on some kind of antique control panel. Near the screen, there are flickering lights that display two strings of numbers – one six digits, the other three. The numbers jitter and change quickly, so would-be cryptographers will have to carefully scrub through the video to get them down.

Could they mean something? Being that this is Cyan, it seems likely.