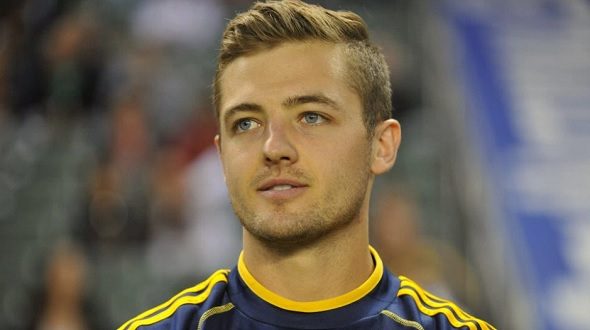 Sports Interactive attracted a lot of attention recently for the introduction of openly gay players in Football Manager 2018.

The feature applies strictly to ‘new-gen’ players – those generated by the game once real players have retired. It works by showing you a news item whenever a player comes out as gay. This announcement will then lead to a temporary increase in merchandise sales with fans buying the player’s shirts in an act of solidarity and support. After that, it is never mentioned again.

If you need further proof that Football Manager 2018 is a top game then read our review.

On the surface, this might not seem like a significant inclusion, but given the popularity of the game and the widespread issue of homophobia in sport it is an admirable step towards normalising the existence of homosexual footballers. The last five Football Manager games have sold over one million units each, making it one of the most successful series in UK game history, and a significant platform for raising awareness of discrimination in sport. 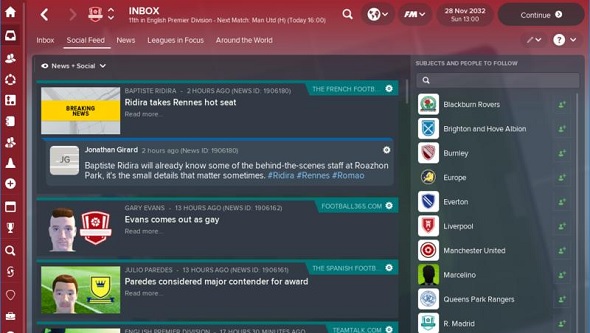 “It’s important that people are allowed to be themselves and that’s obviously true in sport too,” Tom Davidson, the studio’s PR representative tells me after consulting a number of Sports Interactive devs. “But there exists a climate of fear where gay sportspeople, particularly footballers, are worried about the repercussions of going public with their sexuality. We hope that, by including gay footballers in Football Manager, we’re able to go some way towards removing that climate.”

Indeed, homophobia has massively impacted the lives of numerous athletes, including many footballers. Notably, Justin Fashanu, an ex-Notts County and Norwich player, was subjected to years of abuse after coming out, with his Nottingham Forest manager Brian Clough being among those that ridiculed him for his personal life.

Since then, only one other player has come out publicly in British football, the former Leeds United winger Robbie Rogers. Rogers came out as gay in a blog post at the same time he announced his retirement from the sport. He later told The Guardian that he did this as he wanted to step away from the “circus” it would have created in the media and off the pitch. The topic has even been referred to as the sport’s last taboo, with many afraid to speak out about the issue for fear of facing a backlash or abuse. 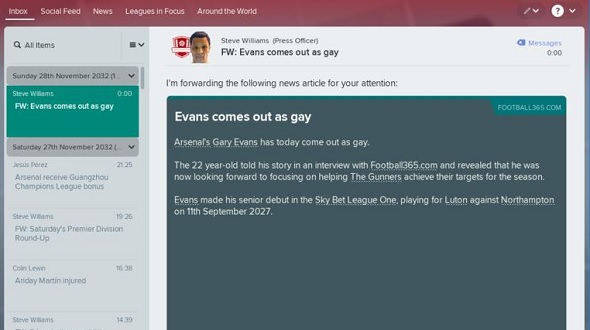 “We’re always looking to increase awareness in issues within football and how we can help, even in a small way,” Davidson says. “The number of footballers in the world is immense yet there are only very few cases a player has come out as gay and there has to be reasoning behind this. Anything that can be done to help normalise being gay and help people become more comfortable being who they are is something that was a no brainer for us. The feature only relates to gay players in Football Manager 2018 but if it becomes pertinent to expand this out to include other sexual orientations in future versions then we will look to do so.”

Sports Interactive had reservations about including this feature in the beginning, but, bizarrely, were motivated by their earlier work tackling the topic of Brexit in Football Manager 2017. In that game, players would experience a range of possible scenarios based on the results of the EU referendum – a decision that was praised by many for its forward-thinking. This time around, though, they had a much larger responsibility in that they had to represent an entire community. If they got that wrong, then they could have ended up doing more harm than good.

“Our main concern was implementing the feature in a way that didn’t make the players’ sexuality the focus of their playing career,” Davidson says. “Everyone here at the studio was completely on-board with the decision to implement gay footballers into the game so it really was a case of deciding how we were going to communicate that to the user.”

To help ensure the subject has been handled sensitively and with respect, Sports Interactive collaborated with LGBT charities and gay sports personalities to try to address the topic properly. One of those was Hugo Scheckter, Southampton’s player liaison officer, who came out as gay last year. Another was Kick It Out, an organisation working for equality and inclusion in football, and a charity partner of Sports Interactive for a number of years. 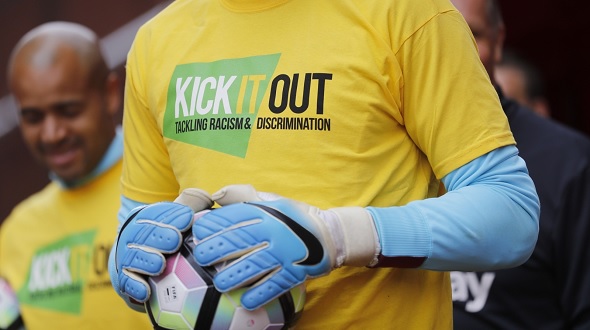 Kick It Out tell me that they “welcome the decision” to include gay footballers in Football Manager 2018. “Whilst the feature alone will not eliminate discriminatory attitudes and barriers faced by the LGBT community in football, it’s important that one of the most popular football computer games in Britain is demonstrating its support for equality,” they say.

Unsurprisingly, the inclusion has been met with some negative comments online. Sports Interactive seem largely unfazed by this, however, and are rightly sticking by their decision.

“Sadly, in the world of social media, there are always keyboard warriors who go out of their way to voice their negative opinions,” Davidson says. “But the response to our decision to include gay footballers has been overwhelmingly positive. It’s been refreshing to see so many people saying they would support a footballer coming out as gay.”

It is clear attitudes to gay footballers will not change overnight. But Sports Interactive’s decision represents an encouraging move that will only raise awareness of an issue that many choose to ignore. Hopefully, other sports games will follow suit.