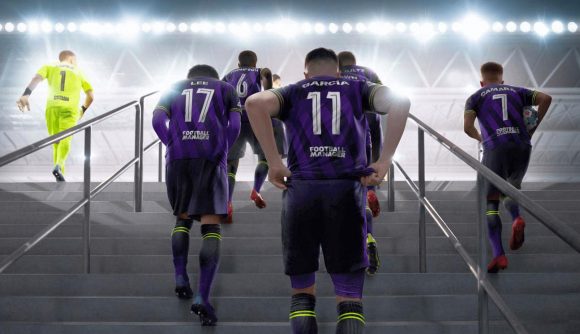 The latest entry in the long-running football games series Football Manager has scored (see what I did there?) an impressive new record – it’s the quickest in the FM series’ history to hit one million copies shifted. As well as this feat, it’s now been revealed that an eye-watering 900k players hopped into the game over the course of last week.

“At some point yesterday, FM21 became our fastest ever series of games to reach one million copies activated,” Football Manager director Miles Jacobson has posted on Twitter. That’s an impressive figure considering the management simulation game only launched on November 24, 2020, meaning it’s racked up those one million ‘activations’ in just six weeks or so.

In addition, Jacobson says: “I’m guessing you’re getting value for money from it, as over 900k of you played it last week!” (as of his time of tweeting on January 3), adding: “I hope you’re finding some solace and company from the game world you escape into”. Its peak concurrent player counts in this time on Steam alone have been pretty giant, too, as SteamDB’s data shows.

The site’s figures indicate that Football Manager 2021 hit an all-time peak of 92,461 four days ago – as of this story – on Valve’s platform, and a peak of 84,879 within the past 24 hours. That puts it somewhere around the likes of Apex Legends in terms of Steam’s current most-played, and ahead of games like Destiny 2, Stardew Valley, and Warframe, going by their most recent counts.

At some point yesterday, #FM21 became our fastest ever series of games to reach 1m copies activated.
I'm guessing you're getting value for money from it, as over 900k of you played it last week!
I hope you're finding some solace & company from the game world you escape into.
x

If you’re yet to give the game a go, you might find our Football Manager 2021 review a handy read. Our very own Ian Boudreau scored it a nine-out-of-ten, concluding that while the latest entry still has some quirks, “this year’s Football Manager is the best one yet”.

We also have a rundown of the Football Manager 2021 new features if you’re a fan of the series and keen to know what’s new to the latest version.