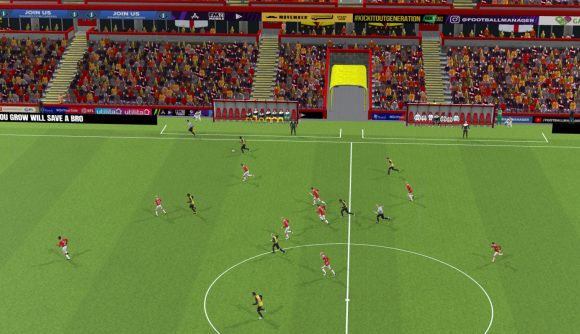 Football Manager 2021’s main winter update is available now, and it brings with it more than 3.7 million database changes that reflect up-to-date information on players’ performance through this season so far. The update also includes some improvements and fixes to the game, addressing some of the weird little annoyances you may have encountered in the football game.

The database changes cover things like real-world transfers, managerial changes, and player stats that have changed over the course of the current season. You’ll have to start a new career in order to see those data changes and competition updates in your game, but the rest of the improvements in the patch are compatible with your current saves.

Sports Interactive has made some changes to the logic governing Club Vision and manager appointments, and has addressed some issues with incorrect (and puzzling) questions being asked during press conferences that don’t correspond with the results of the latest match. The match engine has seen some tweaks, including improvements to goalkeeper distribution and assistant advice during the pre-game build up and matches.

The studio says another winter update is due out in a few weeks, which will reflect transfer windows that close in February. These include Russian and Chinese leagues, the American MLS, free transfers in the EFL, and others.

Including transfers from the January windows, attribute updates and gameplay fixes #FM21

Here is the full (non-exhaustive) changelog for the 21.3 Winter Update, via the Football Manager forums:

*In some instances, changes to competitions, rules and registrations will require starting a new game to come into effect.