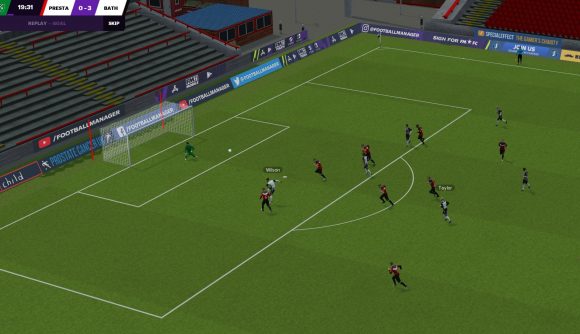 Social media feeds across English football are going dark this weekend, and that includes official Twitter accounts for Football Manager and its developers. It’s all part of a weekend-long boycott of social media as professional players, teams, and our favourite football games demand change to how platforms combat racist abuse online.

“This weekend we are coming together with other sports and organisations, to boycott social media and demand change,” the Football Manager Twitter account says in its latest post. In a linked post, Sports Interactive explains that it wants “to demonstrate our collective anger at the constant abuse on social media received by footballers and people in the game, as well as others across the world, which goes without any real-world consequences for perpetrators.”

Sheffield United’s Twitter feed reposted the English Premier League’s promotional video for the boycott, which you can watch here:

Sports Interactive provides a link to Kick It Out’s online reporting tool for discriminatory abuse in football, and encourages fans to also use social media platforms’ respective reporting tools whenever they’re the victims of or witnesses to an incident of such abuse.