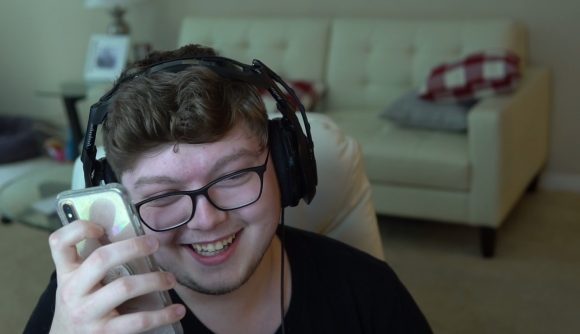 Fortnite pro Aydan Conrad is among Twitch’s most popular Fortnite streamers, with a following of more than 1.4 million. His fans got to see their impact on his life in a recent stream – Aydan called his mother to let her know that he had paid off her student debt.

As reported over on our sister site The Loadout, Aydan took a break from Fortnite during his stream recently to call his mother, who is currently taking college courses. Aydan tells her that he’s giving her a “late Christmas present.”

“I don’t need anything, Aydan – you’ve done enough for me,” she says, as a smile broadens across Aydan’s face. “Well, it’s too late, Mom,” he replies. “All your school loans are already paid for.”

There’s a lengthy pause before his mother finally replies. “No they’re not. You can’t… you can’t… It’s not a federal loan,” she says. “I don’t think you can touch that.”

“I already talked to Lina, it’s already done,” Aydan says. There’s another pause, before an incredulous “What?!” from his mother.

Here’s the first half of the conversation, clipped from Aydan’s Twitch stream.


Realizing Aydan is serious, his mother immediately bursts into happy tears. It’s incredibly touching.
Aydan wipes a few tears out of his own eyes, before giving his fans credit.
“It’s not me, it’s all the people that are watching my stream right now, they made it possible,” he tells her.

“Awww, I love them,” his mom says – before revealing that she’s savvy to how Twitch works. “Everybody hit !sub and !prime.”

The Loadout notes that Aydan has earned more than $160,000 (about £122,000) in prizes over the course of his Fortnite career. That’s in addition to his earnings as a popular Twitch partner. That’s a respectable income – and it’s heartwarming to see him putting it to such thoughtful use.