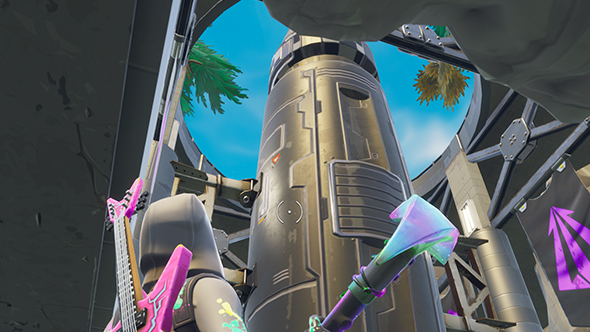 Dataminers have discovered new backpack items in the Fortnite client files, suggesting the game may soon be getting some new specialist capabilities.

A folder called ‘BackPacks’ contains subfolders with labels like ‘BoostJumpPack’ and ‘CarminePack,’ alongside folders for ‘JetPack’ and ‘EyeOfTheStormTracker,’ which have already shown up in Fortnite.

Twitter user @FNBRLeaks, who has previously discovered future Fortnite features through datamining, says there’s little to go on for most of the unused folders and labels. A couple of them, though, do have assets and a few words’ worth of descriptions.

There’s the Medic Pack, which bears a distinctive red cross field medic symbol and has a pair of hand units connected to it by cables. It could be some kind of defibrillator device. @FNBRLeaks says it’ll allow you to “carry your allies to victory.” That all suggests it might allow you to revive fallen teammates quickly, or possibly provide a health overcharge.

It’s dangerous to go alone! Take this list of the best multiplayer games for the PC.

There’s also a model for the ‘Intel Pack’ which, similarly to the Eye of the Storm tracker that showed up last week, pinpoints the eye of the storm and then will “reveal nearby loot and enemies.”

The Eye of the Storm tracker gives you a preview of where the circle is going to head next, which already provides an obvious tactical advantage in Battle Royale, and knowing where loot and enemy players are located would be an even bigger edge.

Here’s to pictures of the Medic Pack and Intel Pack that we’re found within the game files, want the descriptions of these items? Check my previous tweet(s)! pic.twitter.com/LJObzt0hLZ

Since this information comes from a datamine, there’s no confirmation as to whether any of these new items will ever show up in the game – often, these are leftover assets and file structures from discarded ideas that simply haven’t been removed. But datamines have fairly been accurate in the past, so there’s a decent chance we’ll see at least one of these in Fortnite before too long.