What’s the most ambitious building project you’ve ever embarked on in Fortnite? Let me guess: it went heavy on right angles. Plenty of ramps, no doubt, so extra points for wheelchair access. And, if you were feeling particularly indulgent, a roof – to protect against grenades while you bandaged yourself.

There’s nothing wrong with any of that – the Swiss-French architect Le Corbusier wrote a celebrated volume called the Poem of the Right Angle. But there’s a complex and approachable building tool in Fortnite that just isn’t being used to its full potential in Battle Royale, where nothing lasts for longer than 20 minutes, and most walls come down within 20 seconds. There’s simply no time for architectural ambition. But that seems to be changing.

Looking to build something for yourself? Try one of the best sandbox games on PC.

Fortnite is on the cusp of a new Limited Time Mode, and it could be the most radical reinvention of the game yet. The long-anticipated Playground mode promises a private island on which you can “let your creativity run wild,” like Richard Branson with a pickaxe.

This is a non-competitive version of the Battle Royale map where the resources are unusually plentiful, allowing you and a few friends to build high and wide without fear of being disturbed. It’s still ultimately a practice space – the storm closes in after an hour – but Epic is calling it “version 1.” My hope is that next time, they’ll drop the timer and leave us to build a castle for a home – like those seen in the very first Fortnite promo shots half a decade ago. 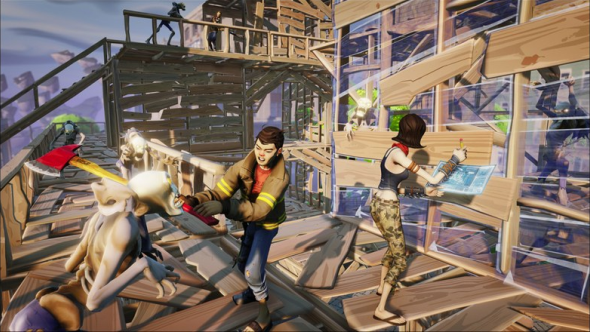 The forts in those first screens were multi-floored extravagances, with towers built many tiles across and connected by walkways the creators had somehow found time to fit with handrails. You can imagine these structures being collated into lists as ‘best Fortnite builds’.

Back then, PUBG wasn’t the obvious point of comparison. A month before Fortnite was revealed to the world, Notch had pulled a big, papercraft lever onstage at a triumphant MineCon. Minecraft had just hit 1.0, and the whole game industry was watching a phenomenon unfold. A couple of years later, Epic’s Tim Sweeney described Fortnite as “sort of Minecraft meets Left 4 Dead.”

Those influences remained apparent in the game Epic eventually released: a third-person riff on tower defence we now know as Save the World mode. In its tutorial, a huge fortress assembles itself before your eyes – hundreds of metres of palisades and battlements, a demonstration of what’s possible. But then, just as quickly, it’s gone again. Most players never manage to build anything like it, not for any shortcoming in the tools, which are intuitive and flexible, but for lack of time and materials. 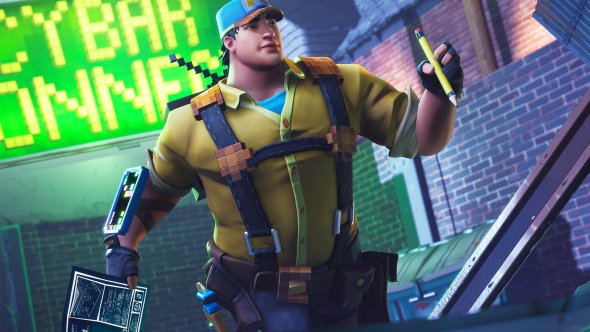 Although Save the World mode is designed such that you’re rarely forced to fend off a wave of enemies until you decide you’re ready, the reality of matchmade play means that one impatient comrade has invariably hit the ‘zombie rain’ button before you’ve finished off your mezzanine.

Back at your base, where you’re left with as much time as you need, the problem is resources. Its map is quickly stripped of wood and metal, and the resources you collect while out on missions? Well, you tend to need them to complete the missions. They become functional but uninspired funnels to tempt zombies in the way of your traps.

In Battle Royale mode, of course, Fortnite’s construction element only faded further into the background – providing a unique endgame but no real scope to create the castles we were once shown.

If you’ve ever played Minecraft with the mobs turned off, you know that taking away the destructive part of a game can amplify its creative potential. Perhaps Playground mode can do that for Fortnite, leaving space for our brains to fill up with plans for towers that don’t tilt.