I love Fortnite. Lots of people would probably say the same thing. It’s a statement that gets easier and easier to stick by as Epic Games add new, refreshing modes to their competitive shooter – even if Blitz’s stay was frustratingly brief. And the changes ushered in by season 4 are spectacular. However, the High Explosives mode brought forward a new issue with the game, and the Guided Missiles later reinforced it – Fortnite is in danger of breaking. Are too many weapons being introduced to Fortnite, and are they being added too quickly?

Fortnite season 4 battle pass, challenges, skins, and map – everything you need to know.

The Guided Missiles, which were recently removed from the game, could be manually controlled after firing, and due to how fast they moved and how much damage they inflicted, they quickly became the bane of every player’s existence. While Epic search for a way to balance the missiles, there is a question we should ask: why were they added in such a bad state in the first place? The Guided Missiles became a problem so shortly after going live that you have to wonder what’s going on at Epic HQ. How did the issue not get flagged during playtesting?

I fear that with the recently added LMG a similar issue will crop up. Fortnite is a more arcade-inspired take on the battle royale genre when compared to PUBG, and it’s done a terrific job in capturing – and surpassing – the glory that PUBG recently had a monopoly on. Being free-to-play and having unique building mechanics helped Fortnite to stand out, but ongoing technical issues such as pop-in, frame delays, and unbalanced weapons are starting to hurt it. 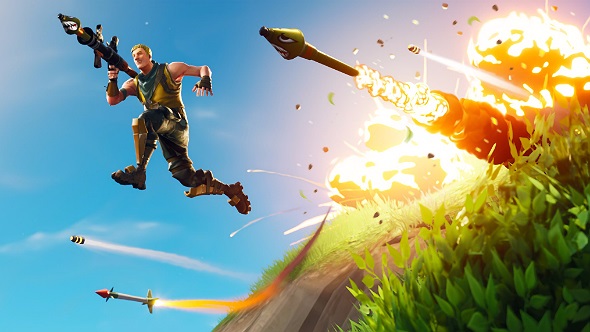 As PUBG has shown, it’s easy to lose first place in the battle royale race, and there’s more competition rapidly offering challenges to the throne. Fortnite is on top right now, which makes it even more puzzling that weapons are seemingly being added apparently without being properly tested. Epic have proven that they /do/ have the right procedures and ideas for introducing new features to Fortnite, which is why the issue with the Guided Missiles is so perplexing.

You only have to look to the Port-A-Fort, another item that was recently been added to the game, which allows you to build a remarkable fort in seconds flat. It’s great for newcomers, especially as it helps those who struggle with the construction side of the game.

Despite the wobbles, Fornite is still riding high, and season 4 has further cemented its lead. But Epic need to handle additions to the game carefully going forward so as not to risk players starting to look elsewhere for their battle royale fix. While the battle royale genre is a fast-paced one, both mechanically and commercially, Epic would do well to take things a little slower now and again.