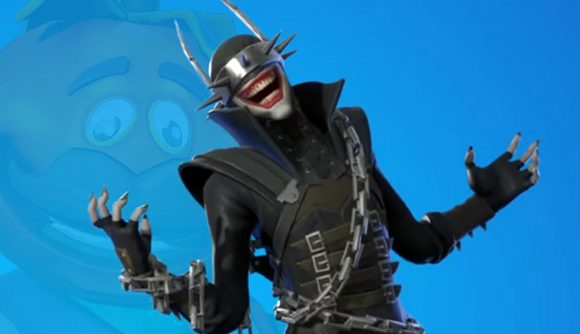 The next Batman and Fortnite crossover comic is due out this week but a number of people have received advance copies and have posted a few moments online – including the shocking moment where the sinister Batman Who Laughs splatters poor Tomatohead.

As revealed earlier this month, the next Batman x Fortnite crossover happens this week and includes the arrival of a DC Comics new skin in the game, the disturbing The Batman Who Laughs – a Batman from an alternate universe where he was corrupted by Joker toxin, similar to a plotline from Batman: Arkham Knight.

The skin is available for free with the one-off Batman/Fortnite: Foundation comic as part of the new crossover – much like the Harley Quinn Rebirth skin from the previous comic event. The comic prominently features The Batman Who Laughs as the main villain, which makes sense as he was teased at the end of the last comic. Going by the panels that have leaked online, at some point this dark Batman finds his way to the Fortnite island.

While his purpose there is unknown, one part is revealed – the rather immediate death of longtime Fortnite character Tomatohead, who gets rather messily splattered. As pointed out by the Twitter user who posted it, Fortnite seems to have a habit of killing non-human characters – right up to the butterfly in the recent Cube Queen reveal trailer.

Here Is 2 pictures of the latest Batman comic book, Why is Fortnite brutally killing non human characters season 5 event trailer peeley season 6 comic fishstick and this wired character who wanted the power of the zero point and now Tomatohead.#Fortnite

Some content creators have actually got hold of codes for The Batman Who Laughs pack, so here’s what he – and the rest of his items – looks like in Fortnite. 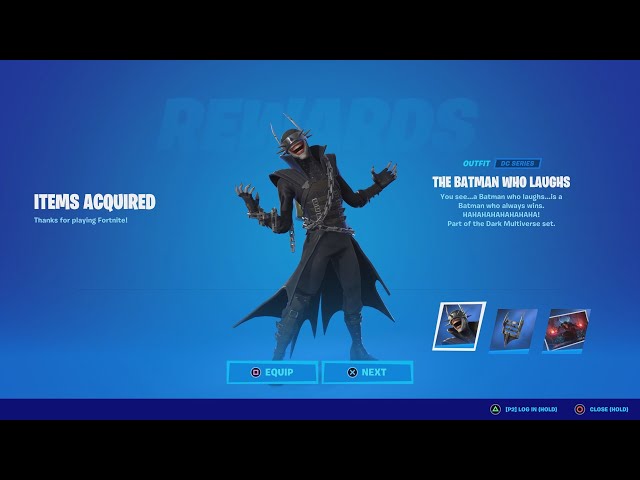 The Batman Who Laughs will be available in the Fortnite item shop on October 26, the same day as the comic releases. It’s certainly an appropriately creepy skin for the Fortnitemares Halloween event, which is going on right now.