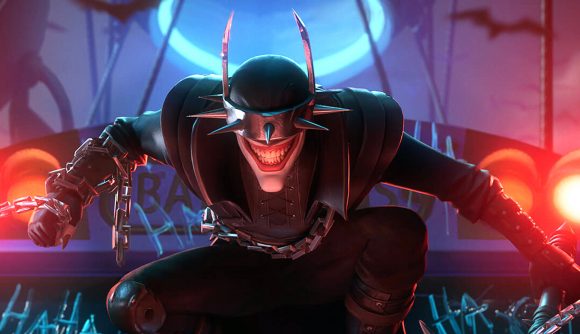 The next Batman x Fortnite crossover event has been revealed for October 26, bringing with it a new skin pack and the answer to a big Fortnite lore question. The Batman Who Laughs will be the next Fortnite DC skin and it’ll be free to anyone who buys the crossover comic – and like with the previous Harley Quinn skin, it’ll be available to buy in-game too.

In advance of the DC Fandome event later today, Epic has revealed the details of the new crossover coming later this month. It’ll mostly be centred around the Batman/Fortnite standalone comic “Foundation” coming on October 26, and it’ll see the introduction of a new Batman skin – the fifth that Fortnite’s seen so far, although this one is based on the mysterious “Batman Who Laughs”.

The Batman Who Laughs is a Joker-fied Batman from a dark dimension introduced by writer Scott Snyder in 2017, who’ll be contributing to the Fortnite comic. The villain appeared in DC Universe Online recently, but otherwise hasn’t really appeared in much outside of the comics.

The comic’s title refers to The Foundation, another mysterious character who was sealed away by the Zero Point at the end of Fortnite Chapter 2 Season 6 – which was, of course, the focus of the last Batman/Fortnite comic. In the current season’s trailer, The Foundation was revealed as alive and underwater somewhere. That “somewhere” has now been revealed as Gotham City harbour.

As Knight falls, The Foundation will rise.

Anyone who buys the Batman/Fortnite: Foundation #1 comic will get the following items:

These will be available in the Fortnite shop along with a Dark Multiverse pickaxe and glider for around 1500 V-Bucks, although the loading screen is apparently exclusive to the comic. There’s even a trailer voiced by everyone’s favourite Batman Kevin Conroy: 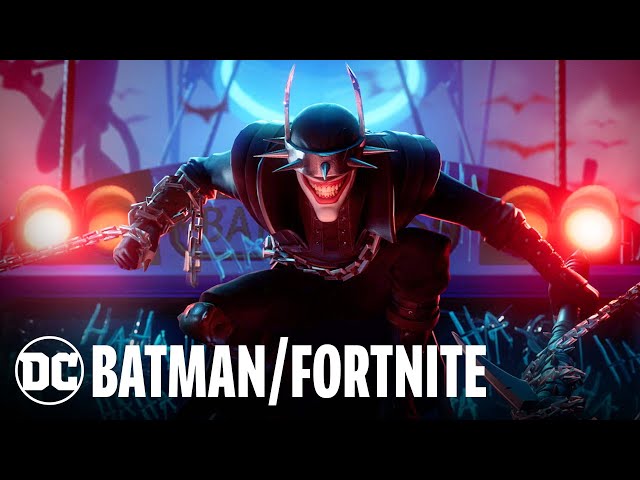 The Batman Who Laughs is certainly an appropriately creepy character to be part of the Fortnitemares Halloween event, anyway. He’ll arrive in-game alongside the comic’s release on October 26.