Now this is one of your free challenges for week 10, so that means you do not need to have bought into the Battle Pass premium progression system to tackle it. Each week there are four premium ones, and three free ones, as visiting a Viking Ship, a camel, and a crashed Battle Bus is one of the latter.

However, that does mean you’ll only be able to enjoy a fraction of the rewards – such as plush Fortnite skins and other good stuff. That doesn’t mean you can’t get anything if you don’t want to spend anything on the game, but you’ll have access to an awful lot more with the Battle Pass. Either way, before you get to completing Fortnite vehicle timed trials, here are the Viking ship, camel, and crashed Battle Bus locations in Fortnite.

Now, unless you’ve been taking cover under a rock for the past two seasons, we imagine you’ll already know where at least one of these destinations is located. The other two are a little tougher but, regardless, we’ve produced a lovely map for you with some screenshots to show you exactly where the Fortnite Viking ship, camel, and crashed Battle Bus can be found. 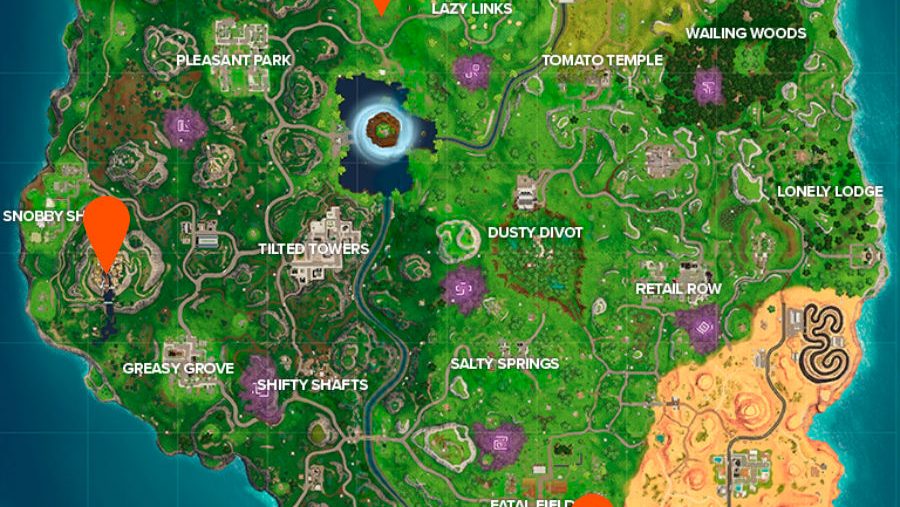 So the first spot to land is certainly the easiest. Unless you’ve been landing in Wailing Woods religiously ever since Epic gave us its now famous battle royale mode, you’ll know about the Viking Ship on top of the snowy mountain to the south-west.

The next two are a little tougher, since they’re not quite as prominent. You might have seen a crashed Battle Bus in the game before, but it has recently been moved. You can find its current location south of the umbrella-shaped ditch west of Lazy Links. Rounding off this challenge is the Fortnite camel, which can be found on the main road going into the desert biome north-east of Lucky Landing.

And there you have it, that’s exactly where you can visit a Viking ship, camel, and crashed Battle Bus in Fortnite. This is the final week of challenges for season 6, so make sure you’ve tidied up your remaining challenges so you can get the most out of your Battle Pass and reach tier 100 before the Fortnite season 7 release date. That includes last week’s search for all Fortnite Carnival Clown Boards locations, so best of luck with reaching tier 100 and winning a victory royale in your extremely cool Dire skin.