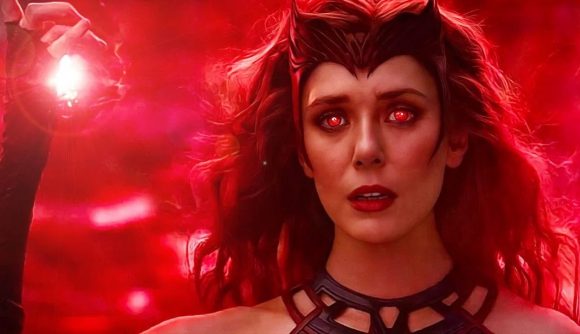 It looks like Marvel’s Scarlet Witch is coming to Epic’s battle royale game as a Fortnite Wanda skin has leaked, seemingly as another Marvel movie tie-in for a Doctor Strange 2 collab – so it’s likely coming this week.

The Fortnite Chapter 3 Season 2 battle pass already went heavy on the Marvel collaboration, including a level 100 Doctor Strange skin very much modelled on the movie incarnation played by Benedict Cumberbatch. This was presumably done on purpose, as the Doctor Strange and the Multiverse of Madness movie launches this week.

The other major character in the movie is Elizabeth Olsen’s Wanda Maximoff/Scarlet Witch – and now, thanks to Twitter user and Fortnite leaker @zatheo_, we know that Wanda is also coming to Epic’s multiplayer game thanks to a leak they posted today. There are only a few pictures of the Fortnite Wanda Maximoff skin, presumably in the game’s Creative mode, but they clearly show the occasional mutant in her Scarlet Witch outfit – which debuted in Disney Plus show WandaVision last year.

You can check it out below. As Doctor Strange 2 with Scarlet premieres on Thursday, May 5, it’s likely this skin will drop in Fortnite before then – perhaps even later today.

Don’t forget, it’s also Star Wars day tomorrow, and it already looks like lightsabers are back in Fortnite – although whether this will mean a big Star Wars crossover is another matter.