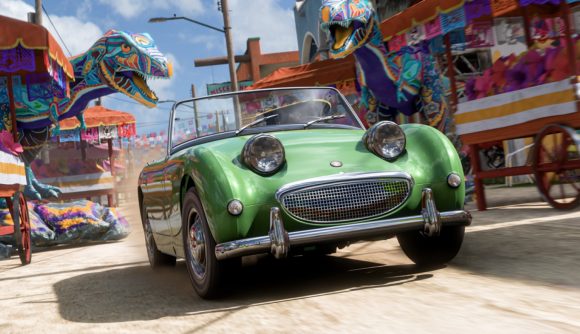 Set among the colourful jungles, beaches, and villages of Mexico, Forza Horizon 5 is gearing up to celebrate Cinco de Mayo this year with a slew of new events, clothing, and decorations. The Series 7 update for the motorhead’s open-world game arrives April 26, bringing with it a bunch of new seasonal content, as well as some tightening up under the bonnet.

For Cinco de Mayo, Forza Horizon 5 is adding a new set of unlockable clothing items, which are inspired by the vibrant murals and the city of Puebla – the historic site of the Franco-Mexican War battle that the holiday commemorates. You’ll also see decorations set up all around Guanajuato, and there’s even a new festive T-rex sculpture to place in your EventLab creations.

The update adds more than 200 new Horizon Tour championships for Series 7. Playground Games says these include S2 class races that will allow you to unlock the Power Trip accolade. You can jump into a Horizon Tour event – a co-op adventure across multiple races – by heading over to the Horizon Tour meeting zone at the festival site. 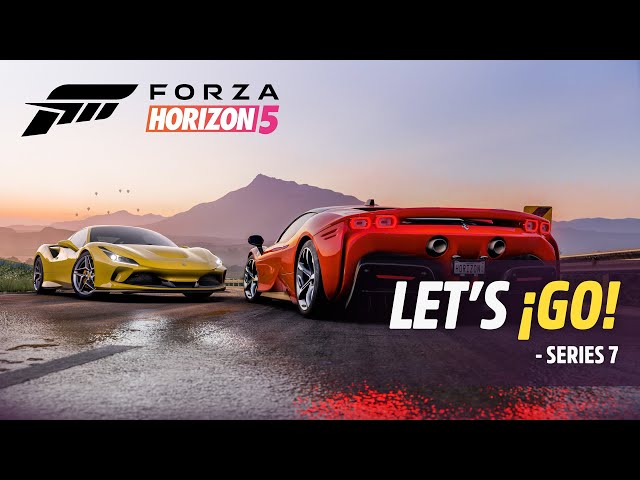 The new rides include:

The full patch notes include the complete rundown on the changes coming with the update, including PC-specific fixes for a stall that would occur when you engaged in a head to head during Freeroam and Eliminator, and a bug that would kick in when you tried moving the game to a second monitor and switched to fullscreen mode.