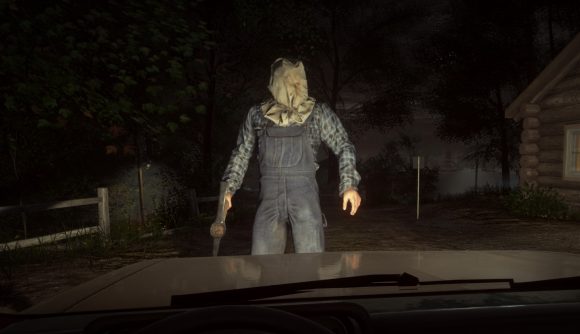 Friday the 13th: The Game, which halted new development in the face of legal troubles in 2018, will shut down its dedicated servers when its next patch arrives this month. It will be the final patch for the multiplayer horror game.

Gun Media lead community developer Matt Shotcha posted the announcement to the Friday the 13th: The Game’s forums November 3. “All things must come to an end, eventually”, he wrote, adding that while dedicated servers will be decommissioned soon, the multiplayer game will remain playable in peer-to-peer matchmaking for Quick Play lobbies. Gun Media is also keeping the game’s database servers running, which means all your player progression and unlocks will remain intact.

But there’s no denying that this is an end, of sorts – one that became inevitable after a lawsuit between two of the creators of the original Friday the 13th film halted all new development on the game in 2018. While Gun Media could maintain the game by fixing bugs, it was barred from adding any new content while the lawsuit made its way through the US courts.

Shotcha says Friday the 13th will still be available to buy on Steam, and the site JasonKillsBugs.com will remain available as a resource for players who need to fix problems with their copies. The double XP, CP, and Tape Drop rates that Gun Media established at the beginning of the coronavirus outbreak will be made permanent.

“The team at Gun wants to thank each and every player and fan that has made Friday the 13th: The Game what it is today,” Shotcha writes. “We know this news is hard to hear, despite being inevitable. We appreciate each and every one of you.”

He ends his post with a hint that Gun Media has something new in the works – but we’ll have to wait and see what that is. For now, Jason will have to head back to his resting place at the bottom of Camp Crystal Lake.