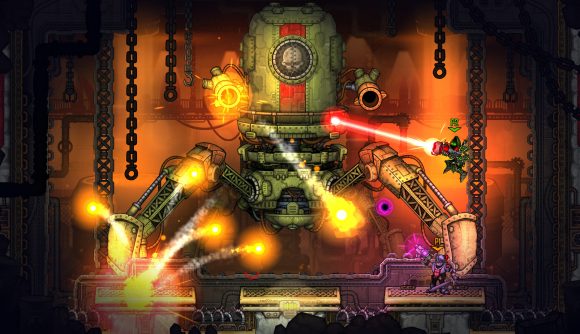 Comic book collections can be fussed over and sealed into sleeves and cases, but they’re a lot more fun in their pure, anarchic form: a big pile of colour-drenched ink, each book with its own unique world. That’s what Fury Unleashed evokes in its trailers and spirit: an afternoon with a stack of unrelated action-packed comics.

It’s a roguelike action platformer that’s been in early access for the past three years, and its obviously taken some cues from what the developers have seen and heard in that time. There are good ideas pulled from games like Spelunky, an art style reminiscent of the 16-bit arcade era, and a lot of decisions that give players freedom to choose the way they want to play.

Each run has you making your way through a series of comic book panels, and you can pick your path through the layouts on each set of pages, gradually making your way to a boss. Finishing three chapters lets you fight a main boss, giving you a chance to close out that book and move on to the next.

What sets Fury Unleashed apart from similar games, however, is the combo meter. Damaging enemies fills the meter, and character abilities unlock when this meter hits certain thresholds. That means you’ve always got motivation to push forward faster, to take risks instead of letting the action subside. 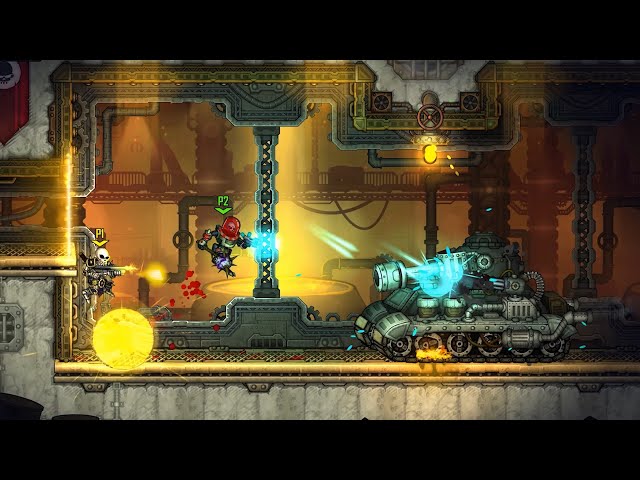 There’s permanent progression, too – you’ll gather ink with each run, and you’ll gain more ink as your combo meter increases. You’ll spend that on upgrades between games, and you’ll be able to pick up additional kit from dimensional portals between comic book worlds during each run.

There’s also a meta-narrative going on, about a comic creator’s self doubts – and that’s something that players will be able to explore to its conclusion in a sketchbook style epilogue.

Between the hand-drawn art style, the constant explosions, and the looty gameplay loops, Fury Unleashed looks like a good time. And if the difficulty of games like Super Meatboy and Spelunky have kept you away from the genre, Fury Unleashed has included a customisable easy mode.

You can find it over on Steam.