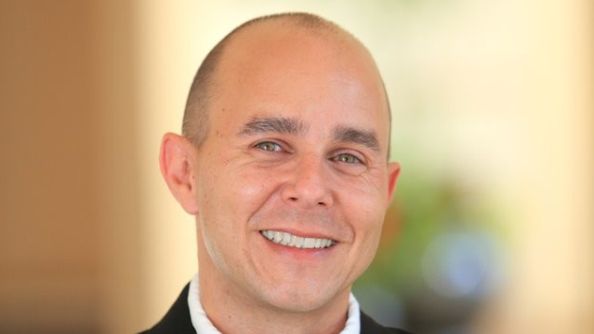 Following Trion Worlds CEO Scott Hartsman’s comments a few days ago, G2A’s head of PR Mariej Kuc has responded on behalf of the game key marketplace. He denies that G2A’s listing of global game keys is any kind of fraud, even if bought cheap in one region and relisted at a higher price – a trick many G2A merchants use to make money. He also bemoans Hartsman’s decision not to work with G2A to solve the issues he identifies.

Save money this Christmas and try the best free games on PC.

Hartsman’s first allegation was that, according to Trion Worlds’s research, practically all bargain-priced keys on G2A are either fraudulently purchased or bought via a region price exploit. On the question of fraudulent purchases, Kuc says “Mr Hartsman didn’t provide us with any evidence, nor did he ever contact us. If what he says is true, why didn’t he make any attempt to solve this problem with G2A?” Kuc also claims to “highly doubt” what Hartsman found when investigating the provenance of his company’s keys.

On regional pricing exploits – which Hartsman desribes as “regional pricing fraud” – Kuc says G2A do not control the region locks, or lack thereof, on keys listed in their marketplace. Only those with the rights to generate keys are able to do this, and “if the keys have not been locked to any specific region, that means the keys are to be used without any limitations in the entire world. And people can sell them everywhere, including on our marketplace, to anyone, anywhere. Where do you see the fraud here?”

Finally, Hartsman suggests G2A knowingly built a business based on fraud, to which Kuc replies “there are many marketplaces around the world that only operate with third party sellers, like eBay. We have over 12 million customers and over 260,000 sellers selling over 50,000 different products – that is what we make money off of.” Kuc then lists G2A’s many new products and services, asking why they would bother if all they were interested in was making money from fraudulent sales. Some of these products were developed specifically to respond to industry criticism about the dangers of G2A’s grey market: “That is why we created things like Pay and Direct – to try and work on the feedback we have received from the gaming industry.”

You can read Hartsman’s original comments below. We originally contacted him to contribute to an in-depth feature on the G2A marketplace and its impact on the games industry. If you’d like to know more about the implications of buying games from G2A, we hope it tells you all you need to know.

Original story December 23, 2016:Scott Hartsman, the CEO of developer/publisher Trion Worlds, savaged videogame key marketplace G2A when contacted for a story by PCGamesN. Citing audits carried out by his company, Hartsman said that ‘legitimate’ keys essentially don’t exist in G2A’s inventory – at least, among the bargains. He then went further, saying that G2A is only spared incarceration by the lack of worldwide regulation of grey digital sales.

“Every key we’ve audited that was being sold for under-market price was obtained by either payment fraud or regional pricing fraud,” says Hartsman. “The mythical ‘dedicated gamer who just wants to sell a spare key’ doesn’t appear to exist. It’s a smokescreen that’s not happening at any scale.”

This is obviously a pretty strong accusation, so we asked how Hartsman could be so confident. He explained that whenever Trion saw a batch of their keys go up on what he calls “the fraud sites”, they bought one. “Once we have the key in hand we know exactly which partner we issued it to, when, and what the price should have been. And then we can see what actually happened with it. Invariably, that key was purchased with either a hacked paypal, stolen credit card, or region exploit.”

By “region exploit”, Hartsman means a key is bought from a region where local prices are lower than they are for many of G2A’s customers, and relisted for sale on G2A at a price that’s appealing but still sufficient for the merchant to profit, especially if sold in volume. This is very different from selling keys that were purchased fraudulently.

G2A insist they’re doing everything they can to clamp down on fraud, but as far as we’re aware, they haven’t specifically addressed the ethics of regional price exploits, or their prevalence on G2A. We’ve asked them for comment on the matter, but Hartsman is confident that this is the basis of G2A’s business model.

“The fact is that it’s what they have created by design. Fraud and pricing exploitation is what they’ve intentionally built a business to on top of. And a very high margin business at that.

“Those streamer and channel sponsorships you see everywhere don’t come cheap,” says Hartsman. “An hour of a moderately large streamer’s time can go for $50,000 or more now that talent agencies are involved. How much do you imagine full time, permanent sponsorships cost?

“The only way to afford that kind of exposure, at the scale that [G2A] do, in a business where you’re primarily taking cuts of transactions is if that business has a nearly unlimited volume of inventory, at next to no cost of goods. The only way to have a transaction fee-based business with unlimited inventory at almost no cost of goods is for the goods to be digital and obtained fraudulently. It’s the same model we’ve seen in MMOs with gold sales sites for over 10 years – direct monetization of fraud.”

G2A are clearly doing very well for themselves, purchasing major sponsorships of the kind Hartsman mentions as well as preparing new products such as G2A 3D and 3D Plus, G2A Gear, and their own VR game. We’ll leave you to judge for yourselves whether there are enough ordinary gamers with spare codes to fund these enterprises. For Hartsman, the only explanation is millions of key listings, coming from both fraudsters and regional price exploiters.

“The only thing that keeps them out of jail is that they’re operating in countries where there’s no ability for law enforcement to touch them.”

As an indie dev (albeit a large one) who has had fraudulent keys for his games listed on the G2A market, Hartsman hasspoken out against G2A before.

For their part, G2A have assured us that they will have a full response to Hartsman’s comments by Tuesday. Come back then for a comprehensive feature on G2A’s marketplace.