The Xbox One and DualShock 4 pads perennially vie for the title of best PC controller in our hearts, minds, and online guide-y things. But what if you could combine them both into one ultimate controller? Then, I’m afraid, you still wouldn’t have something as delightful as the Xbox One Elite Series 2… but you might still have a fantastic pad.

That’s what Nacon got incredibly close to when it created the Nacon Revolution Unlimited controller, a wireless pad which attempted to combine the best of both Microsoft and Sony’s iconic designs and mostly succeeded. Sporting an almost identical shape, the Nacon Revolution Pro Controller 3 is the company’s more affordable take on that lofty ambition, and it’s not far off the mark either.

But, despite being more affordable than the Elite-priced Revolution Unlimited, the resolutely wired Revolution Pro 3 is still a pretty penny at $100 (£90), and that makes it a tough sell against the fantastic stock Sony and Microsoft pads at half that price.

Ignore the big ol’ PS4 logo atop the packaging for the Nacon pad, while this is indeed a licensed PlayStation product it is still very much at home plumbed into your gaming PC. It’s not that it can be jury-rigged to function within Windows, there is a physical switch on the rear of the pad which flips it from console to PC mode, making it easy to set up.

Well, as easy as setting up any USB pad is in Windows. Seriously, why is it so hard to find that legacy USB controller setup widget within Microsoft’s OS? It’s a real pain in the proverbial. 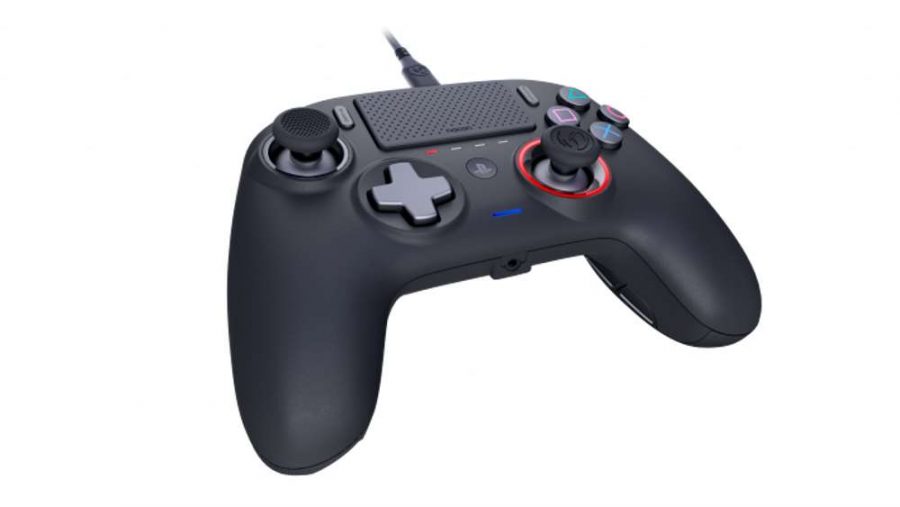 Unfortunately, when you’re switched into PC Advanced Mode, you no longer get to use the trackpad functionality of the PS4 design. That’s down to the shift to Xinput to make it work essentially like an Xbox controller in PC mode. But, the same DS4Windows application that you could use to have your DualShock 4 running in Microsoft’s OS has been updated to let you use it as an Xbox pad, but with the trackpad enabled.

That adds an extra layer of functionality to the Nacon Revolution Pro 3 when it’s plugged into a PC, but doesn’t quite give it the edge over the existing vanilla pads from Sony or Microsoft. It comes with extra weights you can squeeze into the grips to give it a little extra heft, but even with the heaviest in place it still feels very lightweight compared to the Revolution Unlimited.

I’m not talking the same level as the vomit-inducing Steam Controller, but it’s not far off. It also lacks the Unlimited’s beautiful build quality, something that almost put that Nacon pad ahead of the Elite Series 2. Where that’s most obvious is the machining of the plastic around the edges of the trigger buttons. When fully depressed, when smashing through the swamp in MudRunner, for example, the sharp plastic really digs into the fleshy part of your index digits. 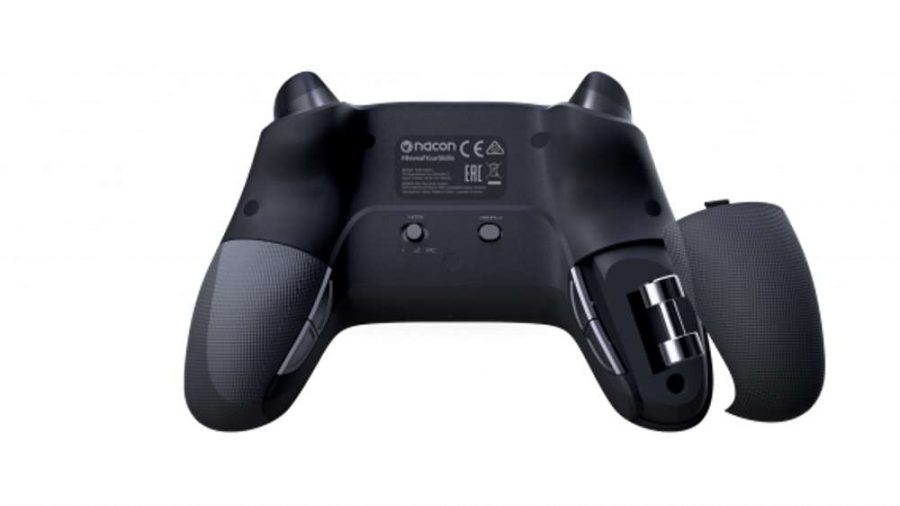 The shoulder buttons feel a little wooly too, with a lot of movement before and after the microswitch is activated. The same is true of that trackpad in the centre of the pad. But those aside the rest of the controls feel as solid and responsive as any controller I’ve used. The thumbsticks are smooth and move freely, and the large PlayStation character buttons are pleasing to the eye and to the touch.

But as a whole package I’m really struggling to see where I’d recommend this over and above either the DualShock 4 itself or the standard Xbox One pad. Both of those are wireless, with the addition of either a Bluetooth or Microsoft dongle, and the purchase of neither would push the cost up to the same level as the Nacon controller. They also both feel more sturdy in the hand than the Revolution Pro 3, that’s not to say it’s flimsy, but it’s clear it doesn’t have the quality of it’s more expensive Unlimited sibling.

That doesn’t make it a bad controller, but the Nacon Revolution Pro Controller 3 is just the wrong side of the price divide to make it a worthwhile recommendation over the two classics. You just have to make a decision whether you want the symmetrical, but oh-so-accurate thumbsticks of the DualShock 4, or the overall quality and exceptional triggers of the Xbox One pad. Or, y’know, whether you want to spend big on the beautiful Series 2…

A decent pad, but on that just prices itself out of contention against the twin wireless wonders of Sony and Microsoft's vanilla PlayStation and Xbox controllers.