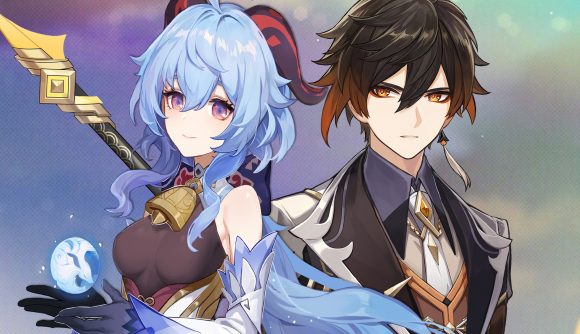 The Genshin Impact 2.4 events for January 2022 continue to roll in, and while we’re still a few weeks away from the 2.5 update’s release date – featuring new content such as Yae Miko – this week fans will be able to pick up a load of popular characters they may have missed, including Ganyu and Zhongli.

There will also be a number of weapons available to pick up too, including the five-star Vortex Vanquisher polearm and Amos’ Bow, and the four-star Lithic Blade claymore, Favonius Sword, Dragon’s Bane polearm, Favonius Codex catalyst, and Sacrificial Bow. The ‘Fleeting Colours in Flight’ challenge quest event will also be running around this time if you want to earn a new outfit for Ningguang.

Of course, this is all a prelude to the release of the Genshin Impact 2.5 update and the new Yae Miko character banner – but if you haven’t picked up Ganyu, Zhongli, or the other characters yet, now’s the time to do it as we have no idea when they will return.

As developer Mihoyo has previously revealed, there are a lot of re-run events dropping at the same time – giving players a chance to earn some pretty major five-star and four-star characters they may have missed.

The returning five-star characters at this time are Ganyu and Zhongli, with four-star characters Yanfei, Xingqiu, and Beidou being all available. There is some overlap of these characters between the new events and the ones running until Tuesday, of course, and Yun Jin will be available permanently in the main game as of version 2.5 when that drops next month.