With so many options, finding the best artifacts in Genshin Impact is no easy task. Every artifact set has its own two and four-piece effects, so you need to match the best effects to the most suitable character. Of course, as running Domains for artifacts is pretty time-consuming, it’s important to know which sets are worth farming before you invest a lot of time.

First of all, keep in mind that although some artifacts are great for certain characters, they can be really bad on others. To help you navigate the different types we’ve divided the best Genshin Impact artifacts over the following categories: DPS characters, Elemental DPS characters, Healers, and other Supports.

As a general rule of thumb, the highest-tier artifacts (five star) are better than the lower tier artifacts (one to four star). Some of the five-star artifacts are dropped from bosses, but most are only found in Artifact Domains. Farming these Domains is the best way to get a great set. Without further ado, let’s have a look at the best artifacts in Genshin Impact.

Every Genshin Impact character can wear up to five different artifacts at the same time. Wearing two artifacts of the same type grants a two-piece set effect. This is usually straightforward: an Attack power bonus, an Elemental damage bonus, or a healing bonus. If a character wears four pieces of the same set, they gain an extra set bonus on top of the two-piece effect. These full-set bonuses are usually more complicated but also more powerful.

This also means that one artifact slot is left open when a full set is equipped. You can simply ignore set effects for this final slot and go for the strongest artifact you have left. As artifacts are dropped with random stats, you always have to be a bit lucky to get a great one. 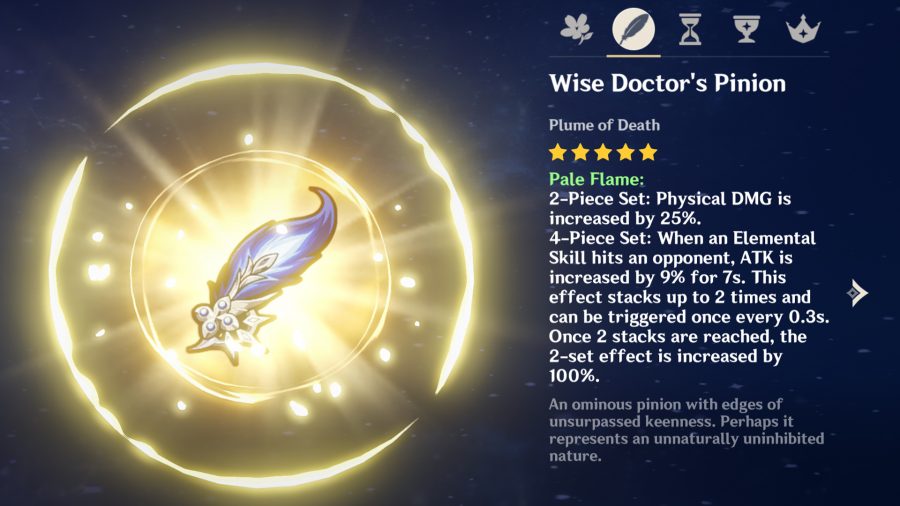 Ever since Genshin Impact’s release, the Gladiator’s Finale has been the go-to artifact set for DPS characters. Although many damage dealers move on to more specialised sets eventually, the Gladiator’s Finale works on almost all of them (especially the two-piece set) and is very easy to farm. For that reason, it’s better than Shimenawa’s Reminscence.

Main DPS characters who rely on Normal and Charged Attacks and wield a Sword, Polearm, or Claymore, can also use Pale Flame. It’s not as generally applicable as Gladiator’s Finale, but has an even stronger damage bonus on the right character (such as Eula). 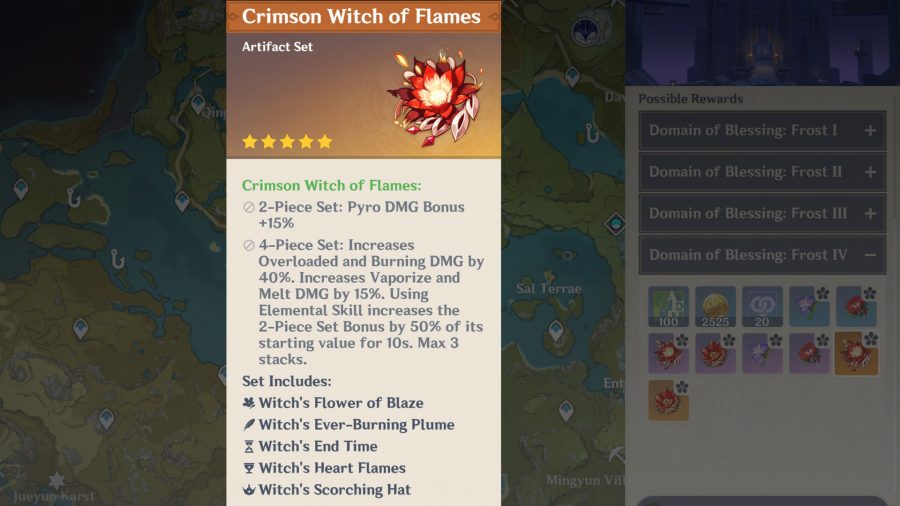 If you’re building an Elemental DPS character, the artifact set with the corresponding Elemental bonus is usually a good choice. Still, some of them offer better full-set bonuses than others. 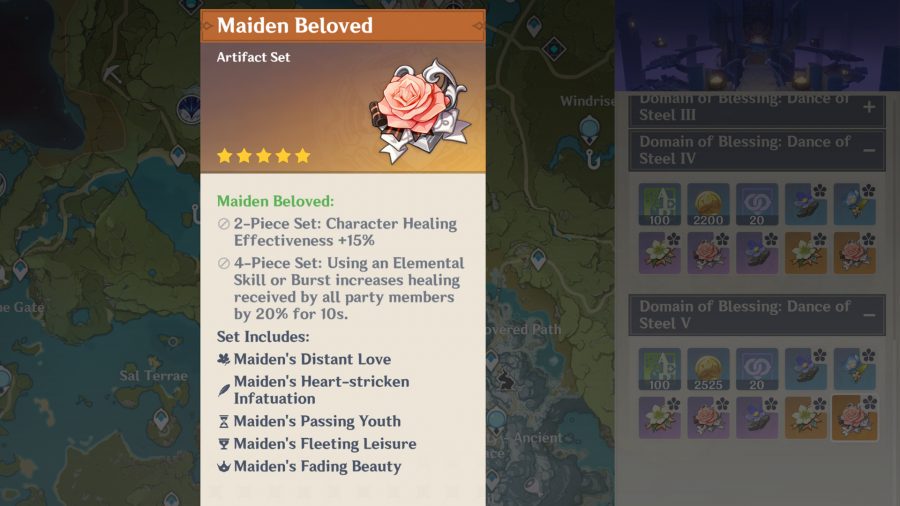 Maiden Beloved and Ocean-Hued Clam are the only five-star artifact sets specifically meant for healers. So if you’re building Barbara or Kokomi, these are by far the best options. The question is, which set is the best?

To put it simply: Maiden Beloved increases healing capacity, and Ocean-Hued Clam manages to turn your character’s existing healing power into damage. If your healer can easily carry the team to victory, Ocean-Hued Clam is arguably the best option because of this additional damage. However, if you need more HP recovery or you simply want the easiest artifact set to farm, you should go for Maiden Beloved instead. 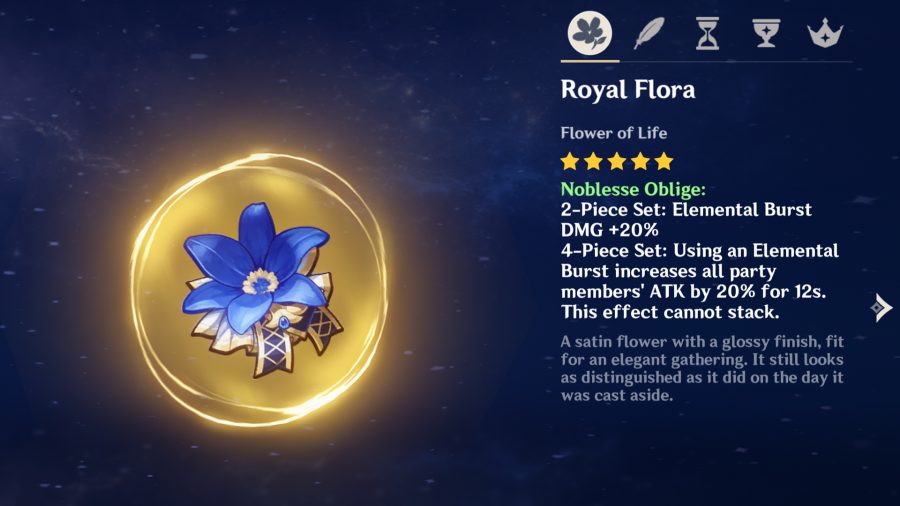 Many artifact sets offer some degree of team support, but Noblesse Oblige stands out because of its general usefulness. As it increases Burst damage (great for most DPS and Sub DPS characters) and grants an Attack increase even after swapping places (great for most DPS, Sub DPS, and Support characters) it’s an extremely useful set to keep in your inventory.