The Labyrinth Warrior event brings some exciting new Domain challenges to Genshin Impact. After meeting rockstar Xinyan, Shogun-sidekick Kujou Sara, and a little paper Shikigami puppet, you’ll find yourself in front of a shiny blue Domain portal with lots of treasure (and enemies) behind it.

The Labyrinth Warriors event starts on October 21, and ends on November 8. If you meet the entry requirements and you’re fond of Domain challenges, it’s wise not to skip this one. If you complete at least some of the trials, you’ll walk away with a nice stack of primogems, an event-exclusive talent level-up material, and maybe even a new Pyro character.

Just spend the Aged Tokens rewards in the Event Shop as you please. Besides the special rewards mentioned above, you can also buy a lot of character ascension materials, talent level-up materials, weapon ascension materials, hero’s wit, and mora. As the trials in this Genshin Impact event are pretty complex (think different rooms, charm magic tokens, and Shikifudas), here’s a Labyrinth Warriors guide to help you out.

As usual, this Genshin Impact event has a few entry requirements. First of all, you need to be Adventure Rank 30 or higher. Furthermore, you need to have completed the Inazuma Archon Quests. This means that you need to do all of Archon Quest Chapter II, until you finish the last quest called ‘Wishes’.

Before you can start the first challenge, you also need to complete the Labyrinth Warriors introduction quest called ‘A Tricky Situation’. No worries though, this won’t take long. 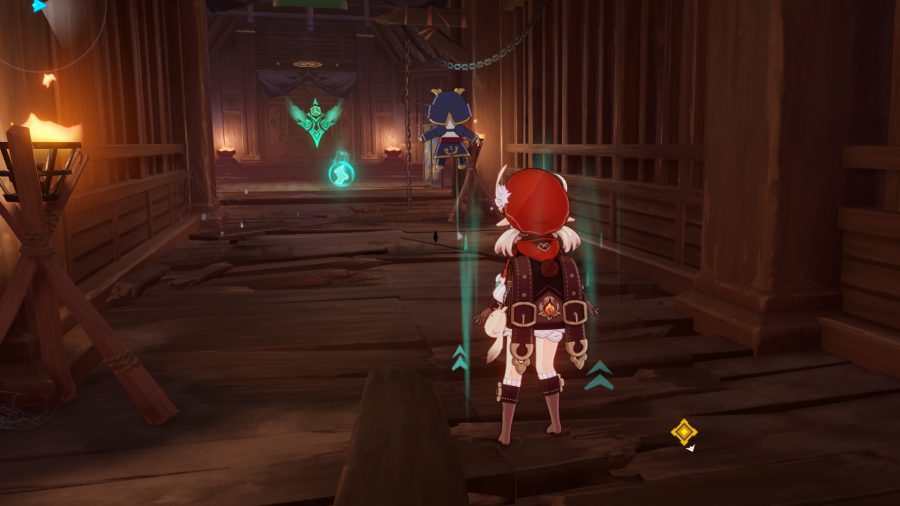 Before we get into the details, let’s take a look at the general layout of this event. Labyrinth Warriors is a Domain challenge which consists of five stages in total. The first stage is available from the start of the event, with a new one arriving every three days.

Every Domain stage consists of a number of floors and rooms (press U to see the event map). The rooms are full of smaller combat challenges which you may complete to gain buffs (charms). You don’t have to complete all of them, but it may be wise to get extra buffs before you challenge the final floor boss.

Once you’ve completed the trial, you’ll obtain a number of aged tokens. Exchange them for your free Xinyan, Crown of Insight, or any of the smaller rewards in the event shop. 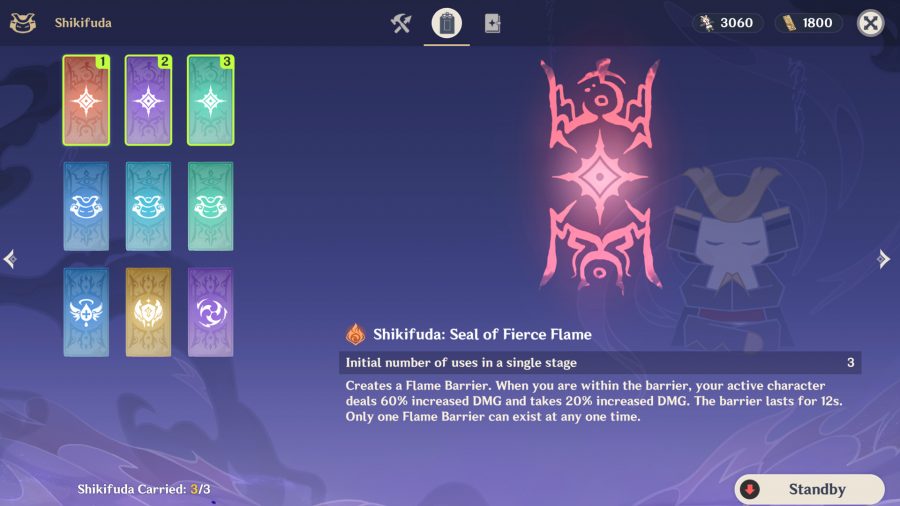 Before you enter the first challenge, you’re asked to compose your combat team, support team, and Shikifudas. The team system is a bit confusing; although the name seems to suggest it, you don’t have to place DPS characters on the first team and support characters on the second team.

Instead, the combat party is simply the party you start with. During the trial, there are several opportunities to rearrange your party composition, and that’s when you may choose to exchange any combat party members for support party members.

Best of the best: Our Genshin Impact character tier list

Another thing you need to decide before entering the trial, is which Shikifuda to take. There’s nine of them in total, and you can choose up to three. They provide certain combat effects which you can activate by pressing ‘T’ (up to three charges per stage). For example, you can create a Lightning Barrier or restore a large amount of health. 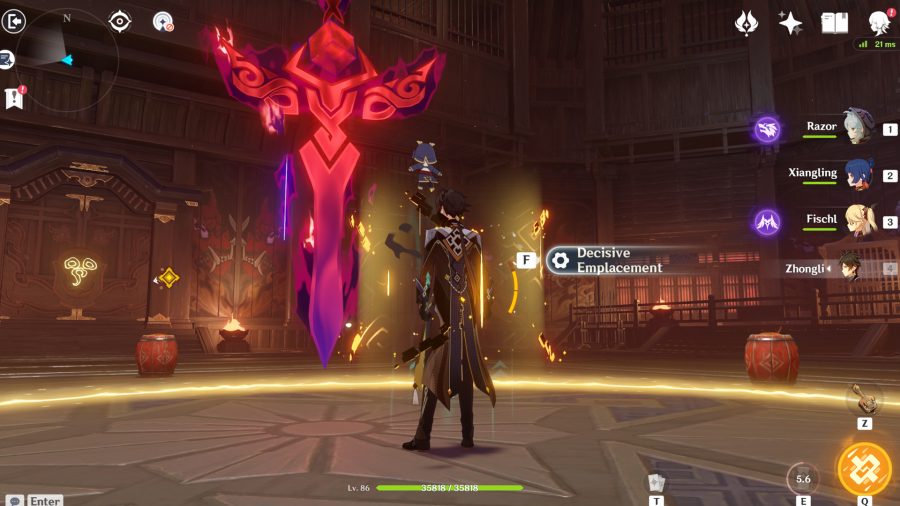 All the rooms and different icons can be quite confusing. If you’re wondering what kind of room you’re in and what you should do, here’s a list:

When walking from room to room, watch out for cursed fields. You can recognise these traps by the black smoke coming out from under the wooden floorboard. If you trigger them, you may either cause an explosion or cast a cursed seal on yourself.

However, you can also find additional chests and buffs in the hallways. Pick up any attack or speed orb you find, and make sure to investigate the little sparkles. The little sparkles are important, because they may provide a lot of extra Damaged Replicas. 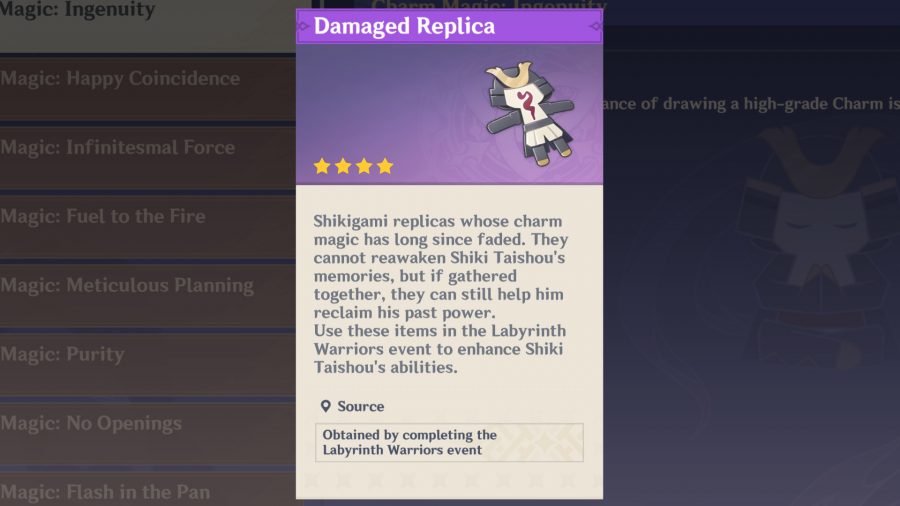 Besides aged tokens, completing Labyrinth Warriors trials rewards Damaged Replicas (the little Shikigami puppets). Once you’ve obtained a few, you can use them to upgrade your combat abilities. For example, you can spend some Damaged Replicas to spawn more explosive barrels in the challenge chambers, or you can decrease the chance of obtaining a cursed seal.

And that sums up everything you need to know about Genshin Impact’s Labyrinth Warriors. Time to team up with that little talking puppet and enter the strange blue portal. Good luck!