Looking for the best weapons in Ghost Recon Breakpoint? Guns and gear are great fun to use in Breakpoint – the shooting is satisfying with one-headshot kills, and constant loot drops that have you swapping and changing your loadout. You can tinker and upgrade your gun to keep it fresh using the Ghost Recon Breakpoint gunsmith, and there’s the addition of rarity tiers.

Ghost Recon Breakpoint weapons now has rarity tiers and gear and we’ve managed to snag a couple of blue and purple tiered weapons. Although the more impressive loot is buried behind a canvas of military lookouts, heavily guarded by armoured drones and snipers – there are a few guns that you can find without having to be the expected gear level to take on these locations. You can also use your drone to scout out the island and once new locations are discovered, you’ll be able to see the weapon and gear rewards at each location.

Based on what we’ve found so far, here’s our pick of the Ghost Recon Breakpoint best weapons. Most of these weapons we found as random loot drops around the island from killing enemies or in loot crates, but if you want the weapon blueprints, they can be found at the following locations. It’s also worth noting that unlocking new areas on the map, lets you hover over and see what loot can be found at that destination. 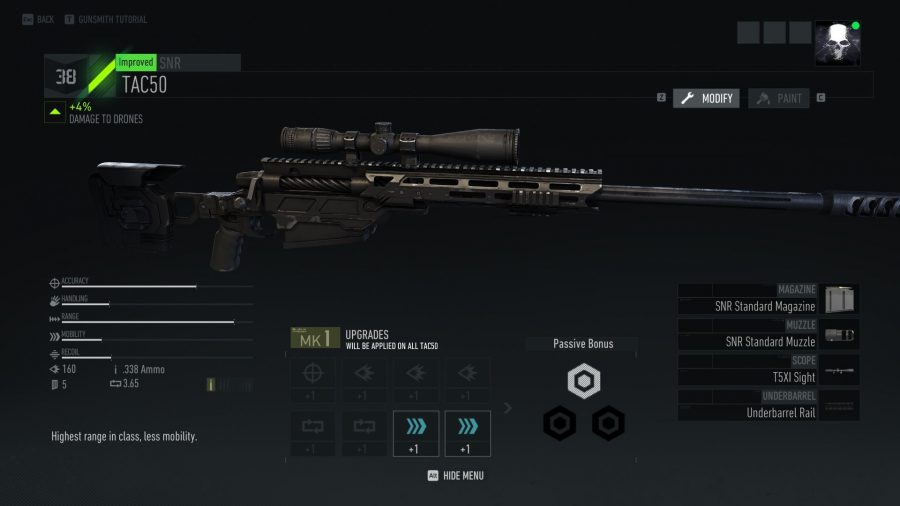 The TAC50 has the highest range of snipers in the class, and is incredibly accurate. It does sacrifice handling and mobility, but paired with the Sharpshooter class and Ghost Recon Breakpoint sniper perks, it’s worthwhile. We picked up this gun up at gear level 38, in a green rarity tier that does +4% damage to drones. The blueprint location for this gun can be found in the northern part of Smuggler Coves, in Maunga Nui Port, in Sunken Clipper Bay. 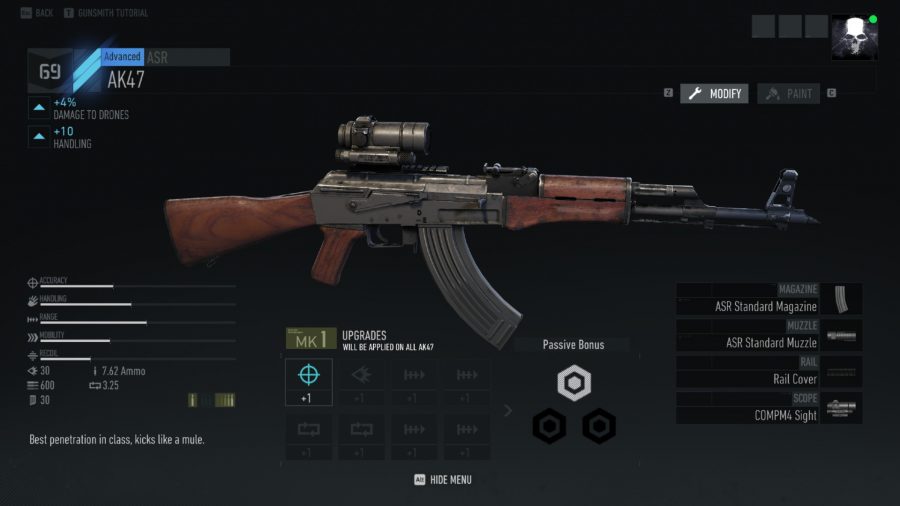 One of our favourite assault rifles in Ghost Recon Breakpoint. The AK47 blueprint can be found in the northeast part of Fen Bog, in Holmwood Mangrove. It’s in a heavily guarded Behemoth defence area, which recommends you’re at least gear level 100 to enter – but don’t let that put you off. 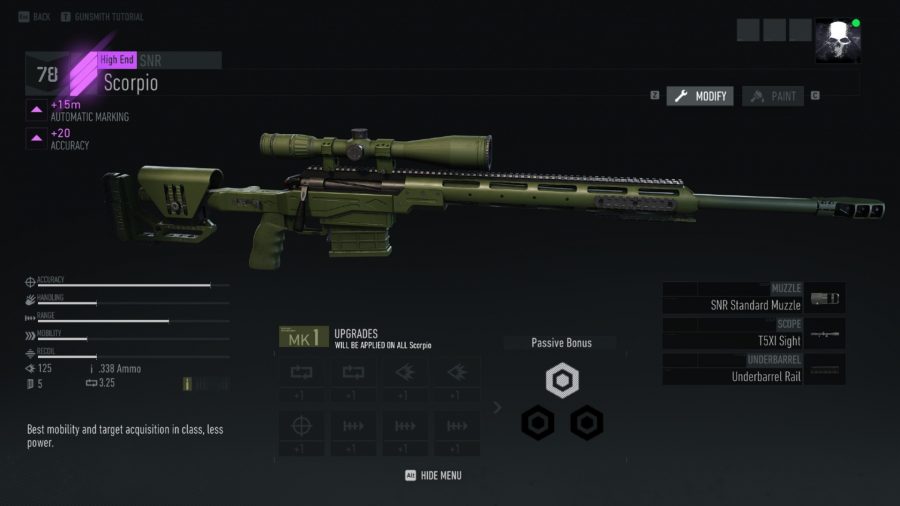 Our first purple rarity Ghost Recon Breakpoint weapon, the Scorpio is an extremely accurate, long-range. The purple high-end rare version of this gun has +10 accuracy and +15m automatic marking. The Scorpio is buried behind a Behemoth defence area found in Sinking Country. 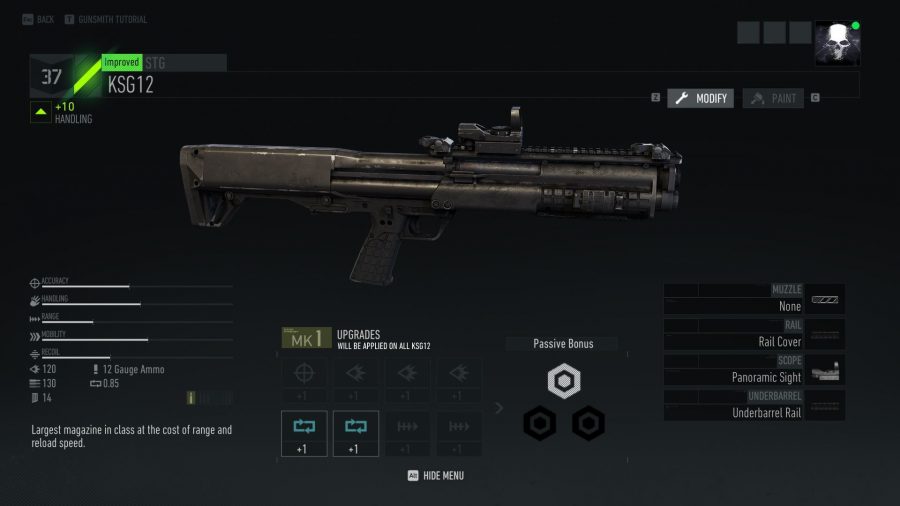 A handy shotgun for its large magazine size, with a slow reload speed, and at the cost of range. We picked up a green tiered version of this gun, with +10 handling. Paired with the Assault class, the KSG12 is worth getting up close and personal, and what you sacrifice in reload speed, is made up in quickly clearing out enemies. The blueprint for this weapon is in easy reach and can be found at northeast of Hanged Man Wood at Skell Security. 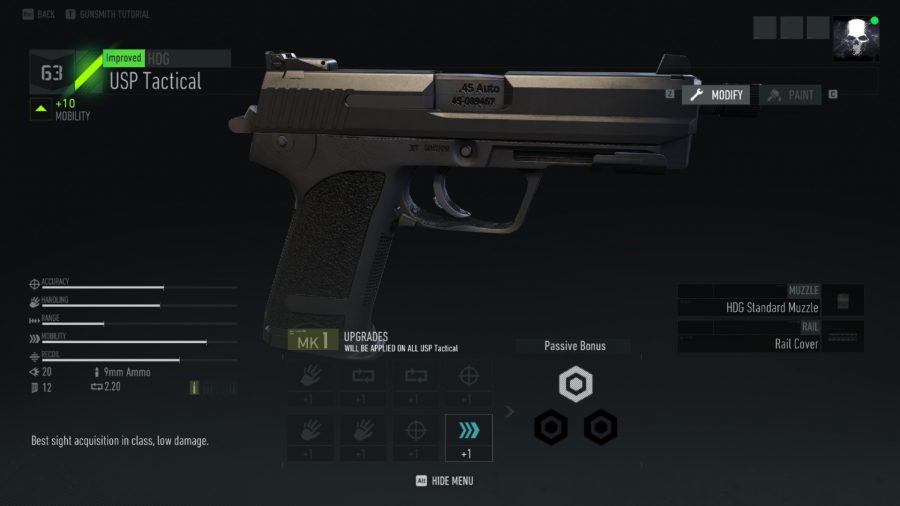 Although the USP Tactical is low in damage, it makes up for it with great sight, making this gun accurate and easy to use. The blueprint for the USP Tactical can be found in Outpost Red Tiger in Smuggler Coves province. 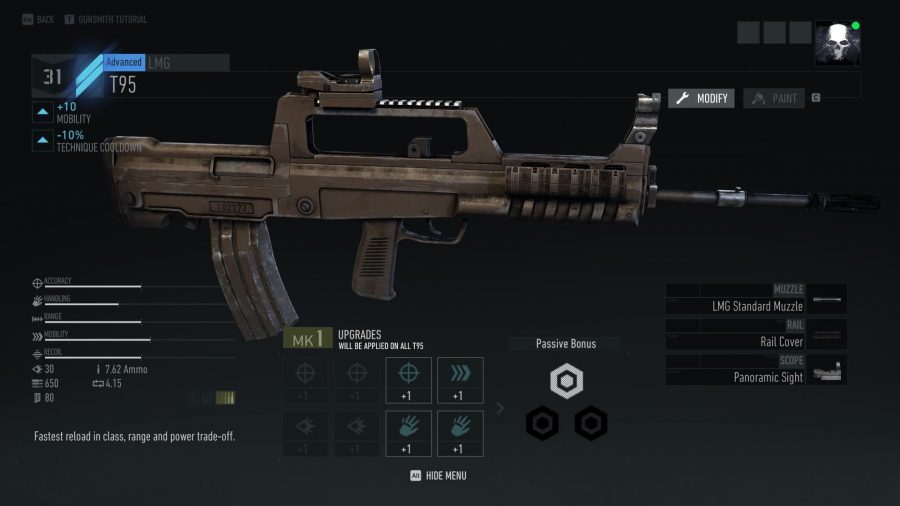 If you’re after a light machine gun that’s a good all-rounder and has a fast reload for up close combat, the T95 is our top pick. We got our hands on this advanced version of the gun, providing +10 mobility and -10% technique cooldown. The blueprint for the T95 can be found in Harper Lake, Lake Country, in a heavily guarded behemoth defence area that recommends you’re at level 120+ gear score. 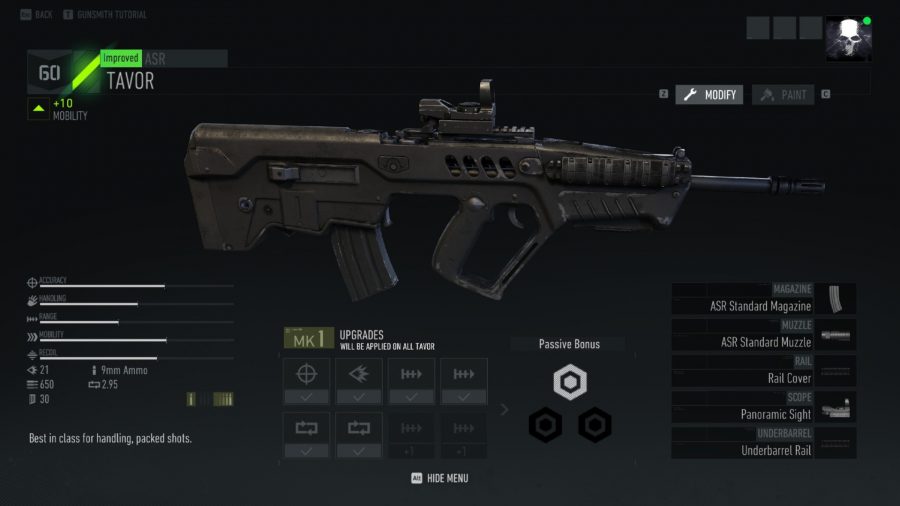 We’ve spent a lot of time using this weapon in Ghost Recon Breakpoint, although weapons quickly expire as your gear level grows, the TAVOR is a great all-rounder. Shots that pack a punch, accurate, and best in the assault rifle class for handling – paired with a solid scope, and useful in both short and long range combat. We managed to find a green tiered version with +3% reload speed. The TAVOR can be found in Wild Coast, at the Engine R&D centre. 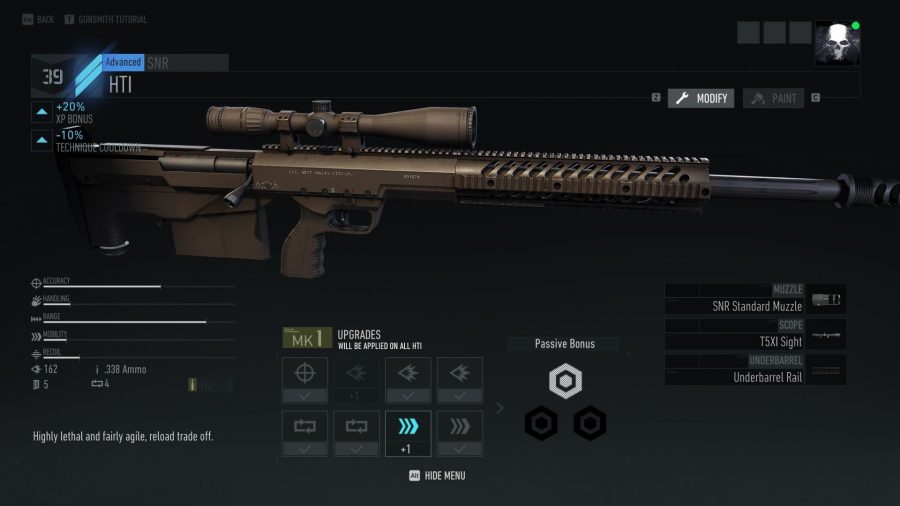 The HTI is another sniper rifle we recommend for its lethal long range and accuracy. It takes a while to reload, but if you’re choosing long range combat, it’s not detrimental to the play. Another heavily guarded gun, it’s blueprint can be found in a behemoth defence area near Greenfield Plain, in Driftwood Islets.