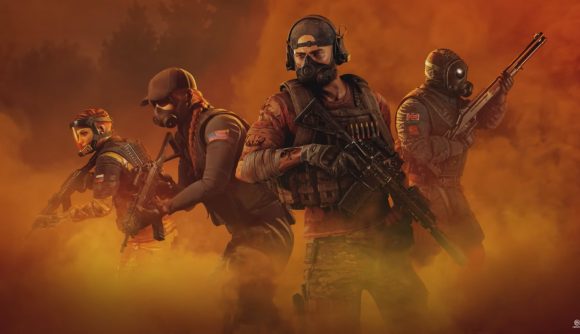 Ghost Recon Breakpoint’s next live event is a crossover with elder Clancyverse sibling Rainbow Six Siege. The event, which kicks off January 21, will see Siege operators travel to the archipelago of Auroa to help Breakpoint’s Nomad deal with some new nefariousness from the evil Sentinel security forces.

The trailer for the event features some kind of nasty looking orange gas spreading across Auroa, with several familiar Siege operators gearing up and readying for combat. Ash, Thatcher, and Finka all appear in the trailer footage, along with the bearded Nomad (who can look however you want, since Nomad is a customisable player character Breakpoint).

Live events in Breakpoint have typically featured new free story content, giving you new missions to take on in a new narrative “episode” – last summer, for instance, the Resistance event had players helping out the Outcast faction in taking out Sentinel convoys and outposts, rescuing prisoners, and earning timed exclusive rewards throughout the event. There’s usually a new chain of missions to complete, which you can start out from the Objectives Board. 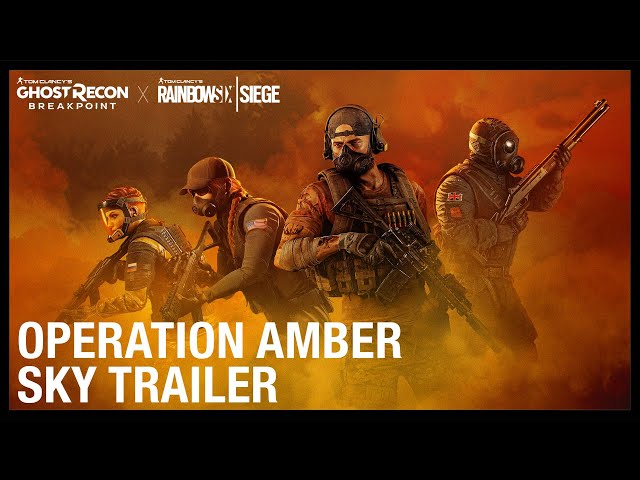 This time around it looks as though you’ll be contending with some kind of deadly gas – a nerve agent, perhaps, judging from the inert bodies lying motionless in its wake as its plumes billow through the scenery.

Take on Sentinel and their latest plans of destruction with the help of Rainbow Six operators in the next Live Event: Amber Sky! pic.twitter.com/zypqj8SQCG

If Operation Amber Sky is similar to past Ghost Recon live events, you’ll have a limited time to collect the exclusive rewards on offer, but the missions themselves will likely remain available if you want to wait and do them later on. But this might be a unique opportunity to collect some Rainbow Six-themed gear to use in Breakpoint, and hey, a major part of any good multiplayer game is looking cool as hell.