Ghost Recon Frontline has been announced, and it’s sure to shake things up on multiple fronts. It’s clearly angling to leap feet first into territory that’s currently controlled by Fortnite, Apex Legends, and Call of Duty: Warzone, but it’s also asking the Ghost Recon fanbase to jump to a slightly different type of game than the tactical military shooters that have come before. So how is it going to convince both groups of players to give it a shot?

During Ubisoft’s pre-announcement briefing, developers at its Bucharest studio explained some of what sets Frontline apart from other battle royale games. While it sets more than 100 players loose on a rugged island, this isn’t your typical last squad standing contest: each team is racing to collect three pieces of intel, then extract on a helicopter. Any other team can disrupt that last step, steal the intel, and then use the helicopter to extract themselves.

There’s loot to scavenge all over Drakemoor, but not everything is random as you also get to pick a class before each match begins. This unlocks a set of class-specific abilities and gadgets, as well as a progression path to grind through as the match draws on. So far we’ve seen an offensive-minded assault trooper, a support class who can call for battlefield fortifications, and a scout who specialises in picking off enemies at a distance.

Characters are randomly generated from a variety of backgrounds and appearances, so it doesn’t look like you’ll be playing with bespoke, handcrafted operators as in Warzone. More classes will be coming in post-launch seasonal updates, so the possibilities of squad composition are going to get more interesting as time goes on. 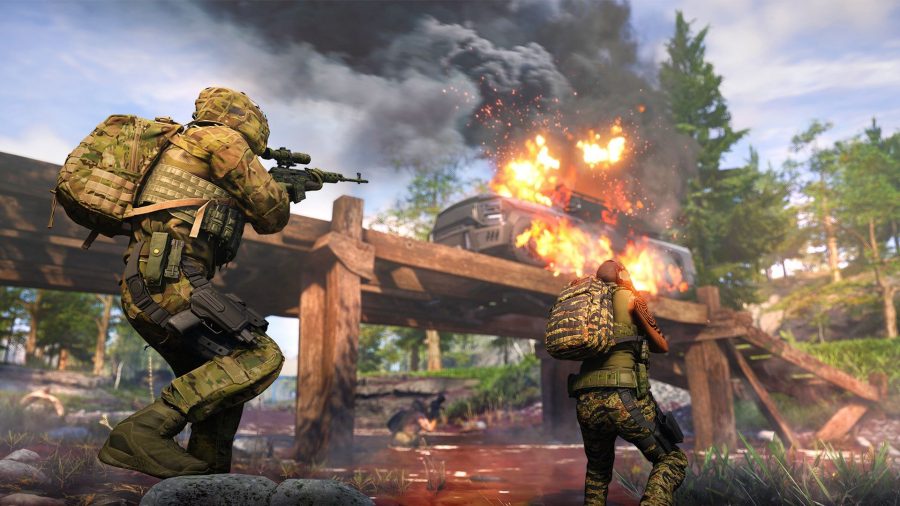 Frontline is a free-to-play multiplayer game, so naturally new seasons will deliver fresh content in the form of additional game modes, classes, and map areas. At launch, Frontline will feature Expedition (the mode described above), as well as some more traditional modes common to PvP shooters that play out in smaller arenas with lower player counts.

Frontline also ditches the third-person perspective used in Ghost Recon games like Wildlands and Breakpoint to a first-person perspective, which Ubisoft says is meant to heighten player immersion and set the emphasis on reactive, responsive gameplay.

Several key questions remain unanswered. We don’t know how Frontline’s monetisation model works yet, and that will likely be key in determining how willing players are to give this a shot and stick around for subsequent seasons. We’ve also yet to learn about weapon loadouts, and whether you’ll be able to customise gear outside of matches, or if you’ll have to make do with what you find in Drakemoor. 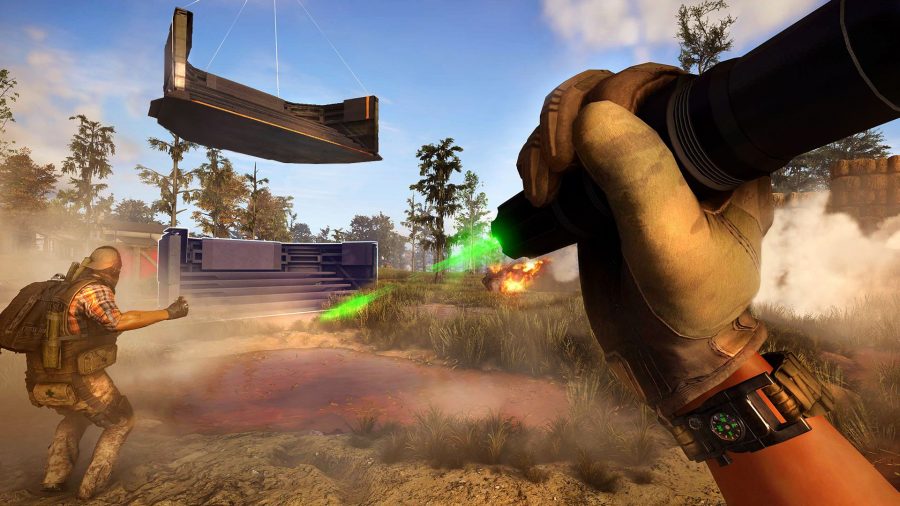 Ubisoft says Ghost Recon Frontline is still in “an early stage of development,” so anything and everything we’ve seen so far is subject to change, and the publisher says it will be using feedback from an upcoming closed test to shape the game’s features and balancing ahead of release.

We’ll see whether Ghost Recon can finally deliver Ubisoft the Warzone contender it’s looking for, or if it’s destined to quickly fade away as Hyper Scape has. Time will tell.