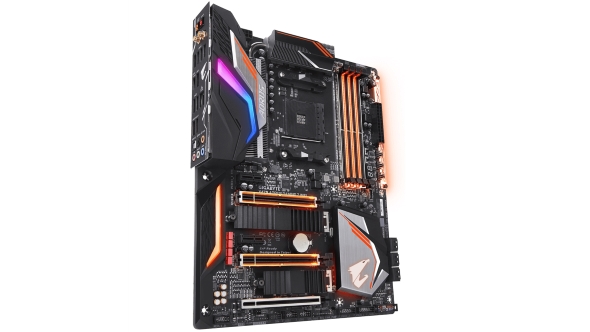 If I were giving out bonus points for how good an X470 motherboard could look, the Gigabyte X470 Aorus Gaming 7 WiFi would be my absolute favourite AMD board around right now. It’s just a shame it doesn’t have the same level of Ryzen performance as its competitors…

You need the best CPU for gaming to squeeze into your new motherboard.

I mean, just look at it. There’s a mix of the aggressive, angular styling that you get from all Taiwanese motherboard manufacturers, but there’s something almost retro about the X470 Aorus I really dig. I think it’s mostly because of the chunky heatpipe connecting the two partially nude heatsinks arrayed around the AM4 CPU socket.

Then there are those blocky M.2 socket covers/coolers. They seem more industrial than the overly stylised, and increasingly tired-looking, ‘gamer’ aesthetic. Forget the marketing diarrhea about the ‘wings of an eagle’ design concept, this looks and feels like a serious board.

But don’t for a second think this X470 board’s not absolutely plastered with RGB LEDs. From the strip inlaid into the pleasingly contained rear I/O box, to the reinforced PCIe and DIMM slots, there are myriad coloured lights ready to flash and flicker and strobe for your eyeballs’ pain or pleasure. 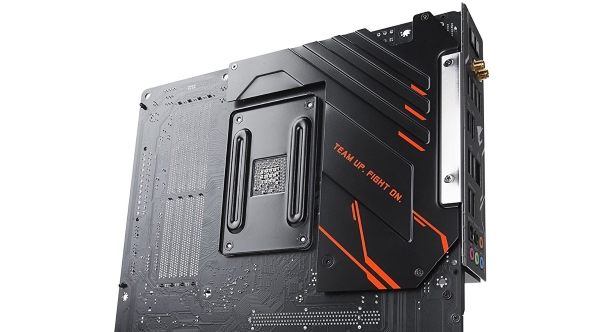 I’m also a big fan of the solid metal plate Gigabyte have attached to the back of the board, to give it a little extra rigidity. It should ensure your mobo doesn’t buckle under the strain of an over-eagerly attached CPU cooler.

The X470 Aorus Gaming 7 is also well appointed in the rest of the feature department too, supporting the new 3,600MHz RAM potential seemingly offered by the new AMD Ryzen 2 chipset, as well as the extra M.2 socket they’ve all turned up with. On the Aorus board, however, both the slots promise x4 performance from their connections… but one is PCIe 3.0 x4 and the other seems to be PCIe 2.0 x4 as it delivers half the performance.

Still, that’s the same as all the other boards, we just hoped you might be different, Aorus… Well, I guess you are giving us a bit of wireless internet loving, so that’s something.

But what of performance? Sadly the X470 chipset doesn’t really offer a lot over and above the pace of the previous X370 silicon that arrived with the first-gen Ryzen processors a little over a year ago. 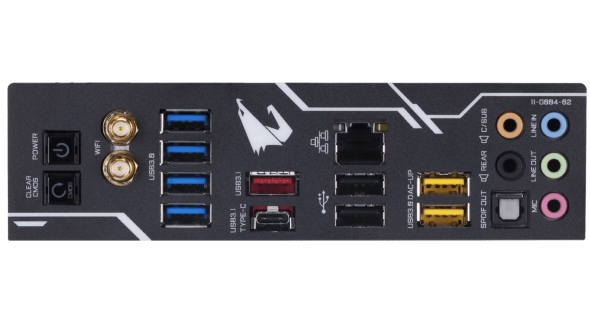 That’s not a huge surprise, and arguably good news for anyone sitting on an X370 motherboard at the moment. Time for a bit of consumer advice here, though… don’t sit on them. Motherboards are super spikey bastards, so save your posterior and don’t park yourself on one.

While the X470 chipset isn’t really delivering anything extra in the performance stakes there is still a difference between the current crop of new motherboards. In our testing the X470 Aorus Gaming 7 WiFi comes out on the bottom of the CPU benchmarks, with the Asus Strix X470-F Gaming sitting pretty at the top of the stack.

It’s only marginal, and our Ryzen 7 2700X chip is only running at just under 4GHz under all-core loads, as opposed to just above 4GHz, but it still makes a difference.

And if you want the most out of your new second-gen Ryzen chip, those margins can be what makes the difference. Well, in benchmark numbers, not really in terms of any actual, tangible performance difference.

But that stretches over to the overclocking performance too. That ‘7’ doesn’t seem to be a lucky number because, like the MSI Gaming M7, the Gigabyte X470 Aorus Gaming 7 struggles to hit the top 4.3GHz clock speed we managed to squeeze out of our 2700X chip.

We could boot the board at 4.3GHz, but putting anything CPU-intensive past it meant it fell over quicker than a mildly startled fainting goat.

In terms of the relative gaming performance of the Aorus, however, and there are no real problems to report. Obviously the motherboard has less to do with your gaming frame rates than your graphics card and processor choices, but they can have some impact. The Aorus Gaming 7 manages to deliver competitive GPU performance across the board, and even posted the highest Doom frame rates too.

Where the Aorus does take the win is in the thermal stakes. When the processor was being pushed to its limits the 2700X ran cooler than in any other board we’ve tested. The big caveat here is that it was also running slower than any of the others too, and there’s a definite correlation there… 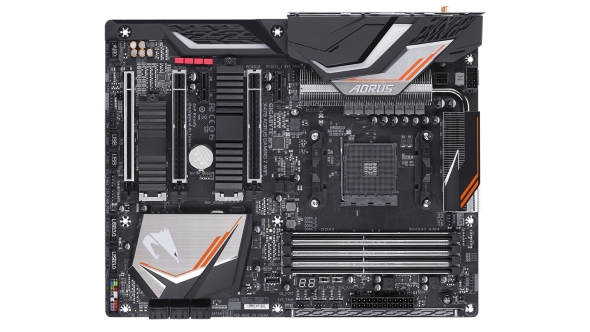 It’s a real shame that the overall performance of the board doesn’t match up to the design of it, especially given the fact that it’s also one of the more expensive X470 boards we’ve tested. At $240 (£265) it’s always going to struggle up against the often cheaper Asus Strix motherboard.

If the pricing, especially the UK pricing, was more competitive we would be much happier to look past those marginal performance issues, but as it stands I can’t in all good conscience recommend the Aorus Gaming 7 just because I like the looks of it.