Whatever components you decide to jam into your PC you’ll need one of the best gaming monitors to make it look its best.

The Strix X470-F is a classically good-looking Asus board, all chunky, angular heatspreaders, black PCB, and the inevitable, unmistakable glow of RGB LEDs. It’s got the sort of design flair that makes it look like it wouldn’t out of place at the heart of a giant Gundam. And, even when your machine isn’t turned on it can still give off that soothing rainbow LED rhythm should you so desire.

But aesthetics aren’t why you should consider this board as a contender for the home of your brand new Pinnacle Ridge processor, it’s the CPU performance it affords, the gaming potential it houses, and the overclocking chops at its disposal.

The $250(£190) Strix is one of Asus’ high-end gaming boards and, as such, has all the necessary features present and correct. Most obvious is the second M.2 socket for additional PCIe SSDs, like the new Samsung 970 EVO drive, because we’ve all got the bottomless pockets necessary to fill a second slot, right?

Unfortunately that second M.2 socket is only running at x2 PCIe speeds, offering half the bandwidth of the primary socket. 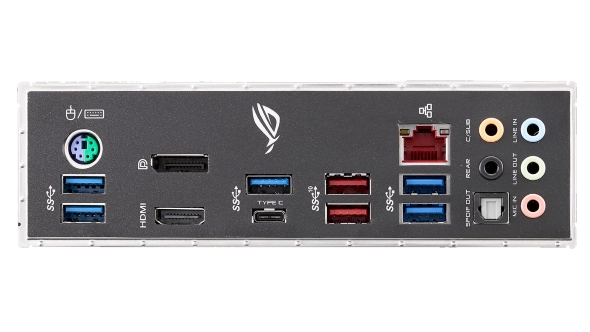 It’s also, like the other X470 boards we’ve tested recently, capable of supporting memory speeds all the way up to 3,600MHz… if you can find both the memory and the CPU that can cope with that pace.

But aside from those little extras, what does the new X470 chipset have to offer the discerning AMD gamer? Well, if we’re honest there’s not really a lot here for anyone already sitting on a decent X370 motherboard. The problem with AMD sticking with the AM4 socket for the foreseeable – speaking for the motherboard manufacturers – is that there is less impetus for people to regularly upgrade their board when a new CPU comes out if their old one is still compatible.

And so you just get a bigger chipset number, some dubious extra features and not a lot else. Though AMD’s James Prior did tell us prior to launch that they were “taking in a bunch of the feedback from the launch of the 300-series motherboard and pushing those into the design of the 400-series motherboards. So the new high-end boards are going to have improved memory layout, memory overclocking, VRMs, power delivery, as well as a change in the chipset.” 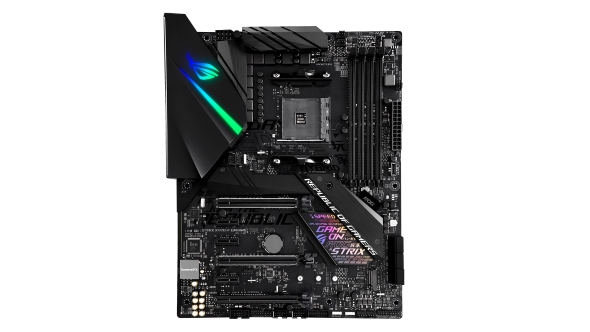 But the performance isn’t that different when compared with previous X370 motherboards. Testing against Asus’ own similarly priced Crosshair VI Hero and there’s practically no difference between the X370 and X470 chipsets in terms of overall performance. Which I guess is good news for consumers, but not such great news for motherboard makers hoping to ship more units.

The good news for Asus is that their Strix X470-F Gaming is the most powerful of all the X470 motherboards we’ve tested so far. It posts the highest CPU performance numbers and was the board which allowed us to hit the highest frequencies with our 2700K review sample. It was only 250MHz higher than the Gigabyte and MSI boards, but that should give you more confidence in its overall performance.

However, that performance comes at a cost in power and temperatures. As well as being the quickest, the Strix is also the toastiest and the most power hungry too.

When it comes down to it, though, Asus have made what is the best high-end AMD motherboard we’ve tested so far. We’d never suggest anyone replace their X370 board for a new X470, and I’d probably also recommend gamers stick with a more affordable B350 motherboard for a great-value platform, but if you want to get the absolute most from your second-gen Ryzen processor, then the Strix X470-F Gaming is a great option.