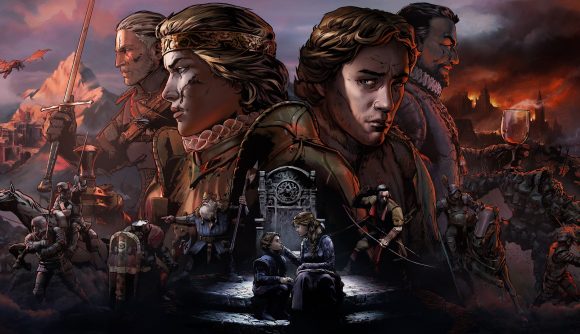 As you might have heard on the internet, Epic’s continued pursuit of timed exclusivity deals for its store has proven unpopular. Publisher-driven exclusives on platforms like Origin and Battle.net have proven a lot easier for players to swallow – but even though CD Projekt’s own GOG briefly served as the exclusive home for Thronebreaker, the company has decided to forego exclusivity for Cyberpunk 2077.

“With Thronebreaker, we started with an exclusive, and decided to share it with a wider audience,” global communications manager Marcin Traczyk tells us at Gamescom. “It proved to us that exclusives maybe don’t work for us, because we don’t want to limit the number of people who can access the game.”

Yet CD Projekt has made clear that they’d prefer for you to buy Cyberpunk 2077 on GOG (it is the platform where they’ll see the best profit margins), and as a result, one-third of PC pre-orders for the game have come through GOG. Traczyk says “we can see that if we have a good offer, and we openly communicate benefits from the users, we might convince them to get the game on our platform, and not on other platforms.”

The DRM-free bonus probably didn’t hurt. Either way, Traczyk says “We were very happy to see how people reacted to our message, how people shared, and the amount of recommendations that appeared from people convincing their friends to buy on GOG. That was super exciting for us, and we were very happy and proud that people believed in us so much.”

In regards to the Epic store itself, Traczyk says that “We always welcome competition, and as with every business, we are adapting on the go to the market situation, But at the same time with the solutions that we’re offering, we’re giving players the ability to choose.”

GOG Galaxy 2.0 is one example of that sort of choice, since it lets you collect all your digital titles in a single place. The platform currently only has official integration for GOG and Microsoft accounts, but community-built integrations have added support for services like Steam and Epic.

Traczyk says that GOG wants to work with Epic to make that support official, and “these talks are ongoing.” Official support would allow :deeper integration with more details, like comparing your results with friends, comparing game times, achievements, et cetera. This should also be an improvement for users.”