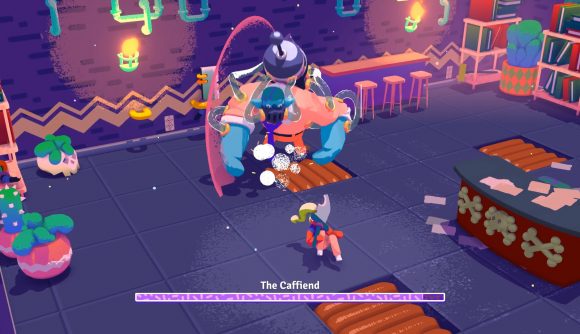 Steam’s Summer Game Festival runs through June 22, and one of the many games you can try right now is a dungeon crawler called Going Under. Rather than having you visit yet another musty dungeon full of goblins and reanimated skeletons, Going Under is set in a cursed nether realm that’s composed of failed tech startups.

You’re an unpaid intern (working for exposure, no doubt), and you’ve got to make your way through a blighted but brightly-lit city called Neo-Cascadia. Beneath the city lie the ruins of tech startups that have come before and failed – they’ve ‘gone under’ in a very literal sense. The ‘dungeons’ are the former offices of these startups, and there’s one based on a ride sharing app, one was the headquarters for a dating app, and another was managing a new cryptocurrency.

Valve’s Kaci Aitchison and Jake Daniel McNamara play through one of the dungeons – Fizzle, a sparkling water that’s also a meal replacement – with Nick Kaman of developer Aggro Crab, as you can see in the video below. 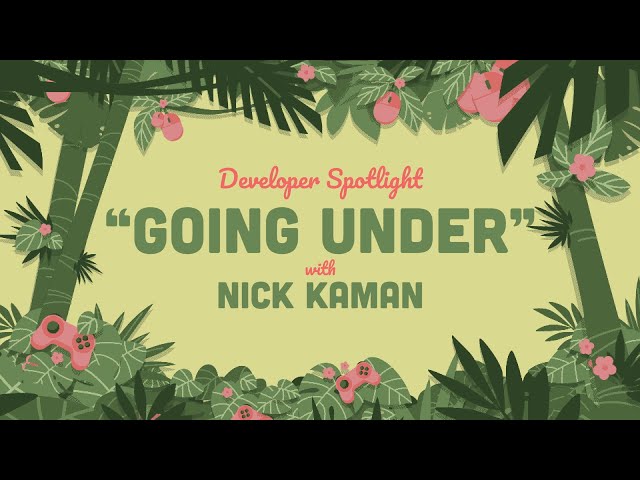 Going Under’s visual design – everything looks like it’s made of pool noodles and vinyl – sets it apart from most dungeon crawlers, and Kaman explains that it’s inspired by the kind of generic ‘people having a good time’ art that’s commonly used by big tech and social media companies now.

The procedurally generated dungeons provide office supplies for you to use as weapons against the ‘Joblins’ that wander the halls. You can pick up and throw potted plants and drive vehicles, and bonuses are periodically delivered to you via quad-copter drone (of course).

You can play the first dungeon by heading over to Steam and playing the Going Under demo.