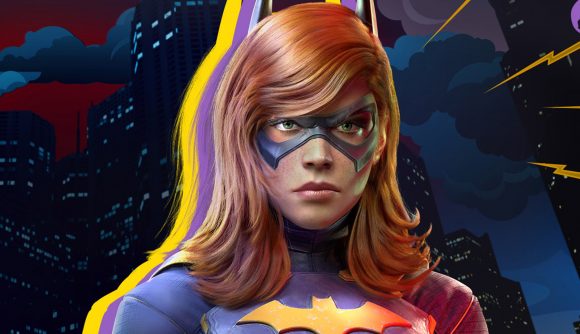 The unannounced next game from Warner Bros Games Montreal, the studio behind Batman: Arkham Origins and the upcoming Gotham Knights, has apparently been in development since at least 2019 – or possibly longer. It will almost certainly be another DC Comics game and is rumoured to be a Superman title.

While WB Games Montreal hasn’t released a title since Batman: Arkham Knight’s Batgirl DLC in 2015, it’s had several titles reportedly cancelled such as a Batman Arkham Knight sequel and is now full in development for Gotham Knights for next year – however, the studio apparently does have other projects in production.

As spotted by James Sigfield on Twitter, the LinkedIn page for senior artist Megan Berry reveals that – in addition to working on Gotham Knights – she is the art director and co-founder of an unannounced project that’s been in the works since at least 2019. It apparently even has a demo, which was presumably used to show off the game to Warner Bros Games.

Designer Ade Esan also mentions an unannounced project with combat and character abilities, although like Berry they also left it in June 2021 – which hopefully suggests that WB Montreal has gone all-hands-on-deck to finish Gotham Knights rather than cancelling the second project. We may hear more about it once Gotham Knights is released.

According to WB Montreal employee LinkedIn pages, they’ve had a project in early pre-production phases alongside Gotham Knights since ~ late 2019.

Worth noting that WB Montreal is a studio focused on DC Comics games. pic.twitter.com/tGnGAWB1T2

As for what the project is, the longstanding rumour is that it’ll be a Superman game – although the Man of Steel has had games cancelled before. It may even be a Teen Titans or a Justice League game if WB Games keeps with the co-op template of Gotham Knights and Rocksteady’s Suicide Squad: Kill The Justice League. We’ll just have to wait and see.