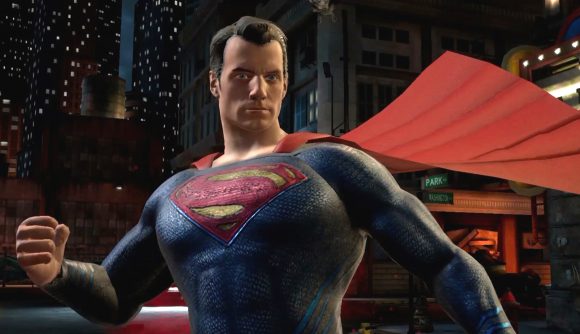 Warner Bros Montreal, the studio behind Batman: Arkham Origins and the upcoming Gotham Knights may not be working on another DC Comics game, such as the rumoured Superman game. In fact, the next WB Montreal game could be a brand new IP.

Several job listings have recently gone up for the studio, and none of them mention Gotham Knights specifically. The one for a 3C Game Designer caught some fan attention for mentioning “a third-person open-world action game,” which suggests a similar type of game to the studio’s previous titles. However, it’s the listing for a Senior Gameplay/Animation Programmer that’s the most interesting, as it states that WB Montreal’s next game is “a new IP, triple-A title.”

It has long been held by fans that WB Montreal was exclusively working on DC Comics games, a fact that was stated on the studio’s own website until recently. The studio also previously noted in a job listing that it was working on two DC games, of which Gotham Knights is one of them.

Fans have been trying to predict what this new WB Montreal game would be for a while now, and Superman is the one most fans are hoping for. While it will be good to see an original game from a talented developer, many will surely be disappointed if WB Montreal doesn’t have another DC game on the way after Gotham Knights.

DC fans shouldn’t panic just yet though, as a “new IP” in this instance could simply mean not a Batman Arkham or Gotham Knights sequel, and still a DC Comics title. We’ve reached out to Warner Bros Games to clarify and will update this post with any response we receive.

This doesn’t mean Superman won’t show up in any other games, of course. Injustice 2 is one of the best superhero games on PC, and Injustice 3 is surely around the corner. The Man of Steel will soon be added to Fortnite as a playable character, and he’ll also be a big part of Batman Arkham creator Rocksteady’s Suicide Squad: Kill The Justice League, which is out next year alongside Gotham Knights, which was pushed to 2022.