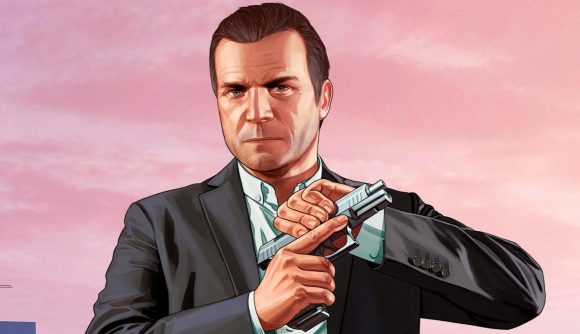 The Grand Theft Auto series is over 24 years old already and the Red Dead series is 17 years old, but the CEO of their publisher Take-Two thinks these franchises have what it takes to be as long-lasting as the  James Bond series – with Grand Theft Auto V itself already eight years old at this point.

A quick reminder that the James Bond movie series is almost 60 years old at this point – far older if we count the original novels – from 1962’s Dr. No up to this year’s No Time To Die. Grand Theft Auto 1 launched on PC in 1997 and the oft-forgotten Red Dead Revolver came out in 2004.

Speaking during this week’s Jefferies Virtual Global Interactive Entertainment Conference (transcribed by VGC), Take-Two’s CEO Strauss Zelnick was asked about the longevity of its franchises – what with this week’s troubled release of the GTA Trilogy remasters. Zelnick praised the James Bond movie series for its endurance and said they “would like every franchise to be James Bond.”

“There are precious few entertainment franchises of any sort that fall into that category,” Zelnick continued, “but they do exist. And I think GTA is one of them, I think Red Dead is one of them.” They also suggested that Borderlands, BioShock, and Civilization could also work, but required “gating” and the ability to “rest a title” so that every release is a “special event” instead of burning out a licence with yearly releases. “I go and see a Bond film because there isn’t another one in two months – I’m going to see every Bond film.”

This is perhaps a commentary on the extended wait for Grand Theft Auto VI, which may not be out until 2025 at the latest. “If it’s bad I’m going to be really upset,” Zelnick adds, “like a personal affront, because I believe that the IP is always just beyond. And that’s the compact Rockstar has with its consumers.” We’ll tell him later about the reaction to the GTA Trilogy Definitive Edition being pulled from sale.