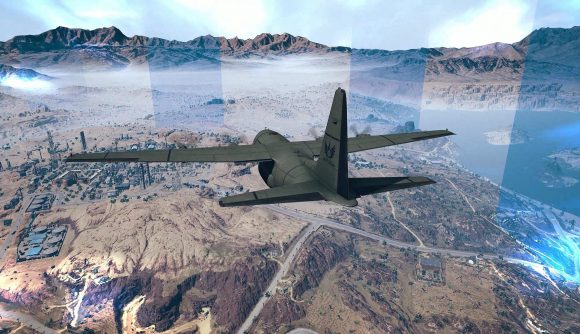 Modding communities are wonderful things, aren’t they? Not only do they make new – and often silly – things possible in some of the best PC games around, but they often make some cross-game mash-ups we might never have thought of come to life, too. Take a new Grand Theft Auto 5 mod, for example, that brings one of PlayerUnknown’s Battlegrounds’ planes to Los Santos.

Modder Jamessays has posted a new add-on version of their recent PUBG C-130t plane mod for GTA 5 on the open-world game’s 5 Mods site. In case you need a refresher, the C-130 plane is the vehicle used to drop the battle royale game’s 100 parachuting players into PUBG’s island map – and, as such, it’s non-useable. Well, until now.

Jamessays’ mod uses modder Hi2142’s ‘Philippine Air Force C-130T 1.0.2’ GTA 5 mod and re-skins it to add a skin accurate to PUBG’s version, as well as “20x more health than [the] regular titan”. As you can see when you compare the mod’s images to those of the PUBG craft on its Gamepedia page, it looks like a really faithful rendition, from the colour down to the symbol on its rudder.

If you’re keen to – at last! – get your hands on PUBG’s paradrop plane and give it a whirl, albeit it Los Santos rather than Erangel, you can grab the mod at 5 Mods here. As ever, be sure to follow the modder’s instructions to get it running smoothly, and mod with caution!

Meanwhile, if you’re a fan of GTA V’s online companion, you might want to take a look at what the latest GTA Online weekly update brings (here’s a clue: some triple rewards and a whole lot of discounts). There’s also a new GTA 5 podium car for this week, which is the Vapid Dominator GTX – a treat if you’re a bit of a motorhead.