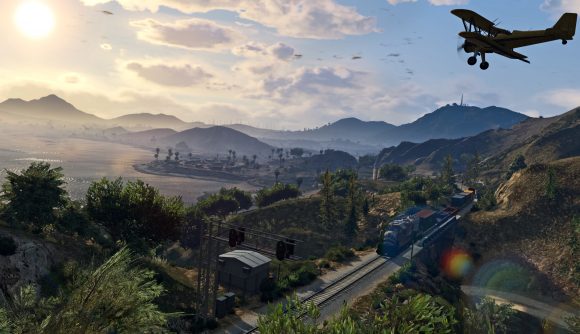 Tesla CEO Elon Musk only revealed the company’s Cybertruck last week, but modders have already got to work recreating it in Grand Theft Auto V. It doesn’t look like there are any versions of the Cybertruck available to download from GTA V mod sites just yet, but some videos of players testing out versions of the contraption have appeared on YouTube.

As spotted by Eurogamer, YouTuber Elite Rejects has posted a video showing a test drive of the car with another player in GTA V RP. Taking out two variants – the ‘classic’ silver-grey and a bright cherry-red version – they put the Cybertruck through its paces, with some drag racing, doughnuts, and daring all-terrain drives over hills, the sun gleaming off its large flat roof. You can check the video out below.

YouTuber Fred Walkthrough tries out a different, slightly more detailed version of the truck in GTA V, demoing its interior – complete with the Cybertruck’s steering wheel, screen panel, and coffee cup holder – and functioning lights in a cinematic-style video. The results are pretty impressive, and you can get some idea of how the Cybertruck might look out and about in the world.

Check out Fred Walkthrough’s video below:

And here’s Elite Rejects’ test drive of the Cybertruck in GTA RP:

Elite Rejects has also tried out a version of the Cybertruck mod taken one step further, posting a video where the car’s frame has been mounted on massive 40 inch mud tyres. And it’s bright orange – a bit of a different look from the silver-grey version unveiled by Tesla last week. Check it out here.

It’s not clear if, where, or when the Cybertruck GTA V mods might become available for other players to download, but it seems likely that we could start to see some appear on mod sites at some point, given that videos of them tearing around sunny Los Santos have already arrived.