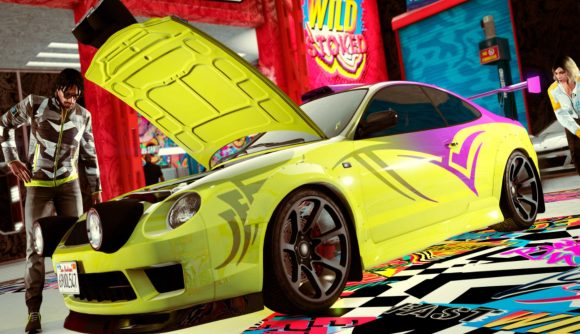 Grand Theft Auto Online’s huge new Los Santos Tuners update drops today, with a hefty batch of new content in tow. The Rockstar Newswire post is now here, which means we’ve got the full rundown on what’s coming, and it includes six multi-part, high-stakes contracts which are big robberies themed around Tuners, as well as a bunch of GTA Online Los Santos Tuners cars, a new social space to celebrate players’ sets of wheels, and more.

Coming out of the new Auto Shop, these new contracts will see players take on banks, dealers, and others, Rockstar explains in the post. Set across the city of San Andreas, these new high-stakes, multi-part missions can be taken on by solo players or along with a crew of up to three others. You can get behind the new sets of Tuner wheels and chase down targets like trains, helicopters, and more to score some big, well, scores, such as cash, military-grade equipment, and other rewards.

As for the shop itself, there are several new establishments on the market, each of which is fully customisable, and they offer cover for the new contracts – and act as regular vehicle modding shop, too, of course.

The Auto Shops will come with a bunch of different features, including an exotic exports list – a list of ten cars to go pinch in either freemode solo play or with others, with a hefty reward on offer if you can get your hands on and deliver the full set. There’s also a modding bay for you and other players to tinker with their rides, mechanics on hand to help run the business, storage for up to ten vehicles, and an optional player launch point complete with bed, wardrobe, and gun locker.

Elsewhere in the update, there’s the brand-new Car Meet. It’s tucked away under an abandoned warehouse in Cypress Flats in downtown Los Santos and is essentially a combat-free social space that lets drivers and car fanatics hang out. Up to 30 player vehicles can park inside the space, letting players check out each other’s rides, driving skills, and mods. The Rockstar Editor is also fully functional in the LS Car Meet, which means you can capture some great action footage as you tear around it.

At the Car Meet you can test ride a rotating selection of three vehicles, which includes the chance to have a go behind the wheels of some unreleased rides for the first several weeks of the update. For those that sign up to the become LS Car Meet Members, there are other features to try, such as a test track, with options for driving and setting new times, including a Time Trials mode. 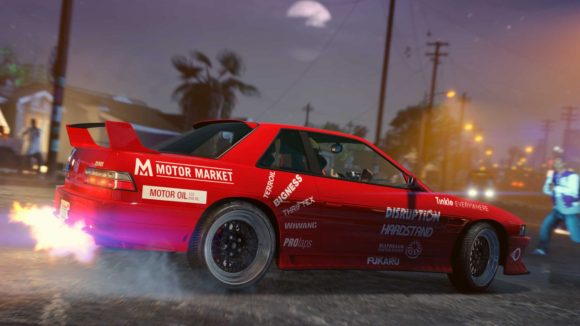 There’ll also be a Prize Ride challenge, which gives you the chance to earn a (regularly rotating) set of wheels by completing weekly challenges, a live-time mod shop for up to four players, options for private meets and test tracks, and other features.

Back out in Los Santos, there are naturally new races to compete in. There’s a street race series of seven lapped races for between two and eight players which are exclusive to tuner cars, as well as a Pursuit series. These are seven point-to-point races you’ll have to beat while being chased by cops, which are for between four and 16 players – also exclusive to tuner cars. Sprint, another race type, is a two-checkpoint head-to-head-style race in freemode for between two and four players during which Car Meet members can send invite others in the space to race.

There’s of course a whole lot more on the way, too, so be sure to head to Rockstar’s Newswire for the full rundown at that link. We also have some guides on how to join the GTA LS Car Meet and the GTA Los Santos Tuners Prize Ride challenges if you’re keen to know more right away.