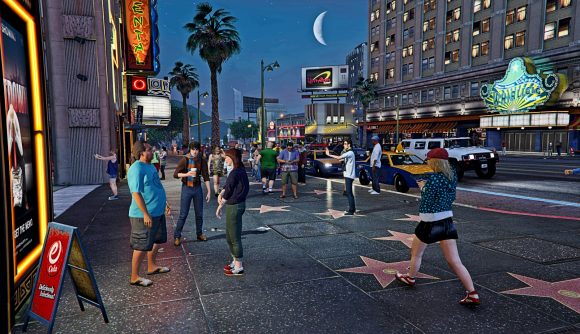 It do be that time of the week again. Every Thursday, we get the GTA Online weekly reset, which means a new host of bonuses and discounts to mull over in Los Santos. Usually, though, it involves someone on Twitter or Reddit cursing their luck as a car they bought last week is on discount this week. Rockstar typically posts the full rundown of each update on its Newswire later on in the day, but the update is already live, so people post what it entails online.

If you’re looking to make some dosh this week, Freemode challenges and the Hunting Pack adversary mode is dishing out triple the usual reward. Both of these modes came to Los Santos in GTA Online’s Freemode Events update back in 2015. The first is pretty self-explanatory and involves open-world quests that pop up every 12 minutes or so, around half a day in-game.

Hunting Pack, meanwhile, is a multiplayer mode that sees players split into three teams. One player has to escort a bomb, while the other players are divided up into attacks and defenders.

If you fancy doing something a bit different, Transform races are paying out double their usual reward.

We also have our usual offering of discounts and a new GTA 5 podium car, which is the Blista Kanjo this week. You can see the list of discounts below:

If you fancy taking a break from online, our GTA 5 mods and GTA 5 cheats guides offer up plenty of inspiration for wacky adventures.