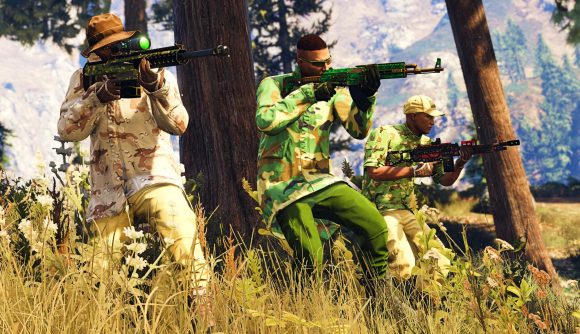 After a two week absence, GTA Online’s weekly update has brought some new goodies for us to mull through. Rockstar Games typically reveals the full rundown in a blogpost on its Newswire later on in the day, but players dip into Los Santos beforehand to see what’s new – it goes live on the weekly update, so why wait?

This week we’re getting seven new Deadline modes to bring some freshness to our playing routines. We had an idea these were coming, though we didn’t know when. Earlier in May, Rockstar revealed that GTA Online’s summer update plans included new Deadline modes alongside more races. You’re also getting triple the usual rewards on Deadline adversary modes if you needed a wee bit of extra incentive to try the new content out.

If you’re looking to make your money elsewhere, though, you’ve also got triple the usual rewards on A Superyacht Life, which is a series of missions for your, well, yacht. There’s plenty of discounts on boats if you fancy joining the club – it’s okay, no one will judge you here.

If you’re still looking for more options to make some dosh, you can get double your usual payout on the Entourage adversary mode or smuggling air freight in a series of Smuggler’s Run missions.

If you fancy trying your luck on the Diamond Casino’s Lucky Wheel, the GTA 5 podium car is the Enus Windsor Drop. You can find the rest of the week’s discounts below:

If you fancy spending some time in GTA 5’s offline mode, our GTA 5 mods and GTA 5 cheats guides will give you plenty of ideas to keep you entertained.