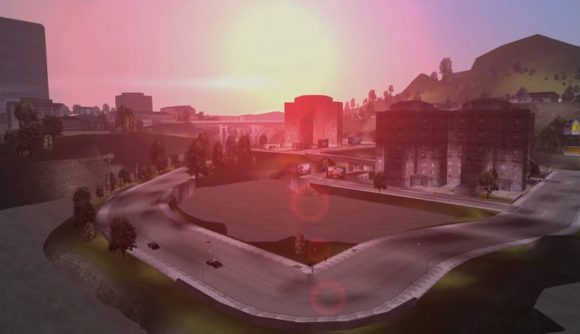 A project to reverse-engineer Grand Theft Auto 3 and Vice City has been taken down. The fans behind the undertaking were served with a DMCA notice from what seems to be Rockstar parent company Take Two.

As reported by Eurogamer, the team who rebuilt the source code for both open-world games, and put it online for any players and fans to use, received a takedown this week. The document, viewable on GitHub, claims to be from someone at Take-Two, who says this work is “not licensed in any way,” and that “the best and only solution is complete removal of the aforementioned pages,” alongside a list of files to be removed.

GitHub apparently took down these files immediately, though the project lead isn’t certain this is from Take-Two, they feel it’s “better to assume it’s real.” The project, re3 and reVC – reverse-engineered GTA 3 and reverse-engineered Vice City, respectively – meant modders and developers could alter the crime games in a way previously unforeseen, fixing and altering and generally making them better and more user-friendly. Loading screens have been removed or reduced, controller compatibility has been enhanced, widescreen support and more are among the features implemented thanks to these new versions.

Ports were in the works for other systems, and other enhancements like ray-tracing. Using re3 and reVC required you to already own both games, and the intention was for educational and modding use. “We do not encourage piracy or commercial use,” read a disclaimer, but of course, this isn’t much protection if the copyright holder doesn’t approve.

Check out a showcase below:

Grand Theft Auto: Liberty City Stories, a PSP spinoff from 2005, was next in line for the treatment, but whether that’ll happen is now in question. As for GTA 5, it continues to shift copies by the tonnes, and it’s still doing numbers on Twitch.